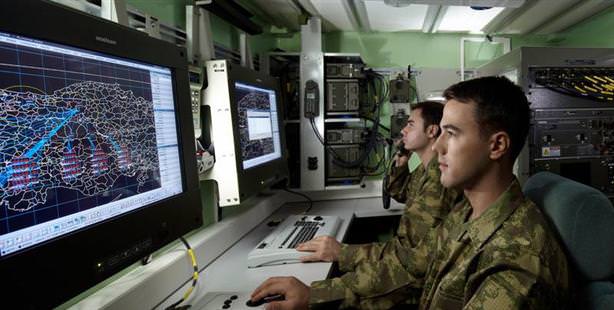 The Turkish Armed Forces will soon be moving its headquarters to ‘smart buildings’ located outside of the city in a model mirroring the United States’ Pentagon.

Turkey's military headquarters that are squeezed into city center locations and face difficulties in terms of modernization and expansion will soon be transferred to brand new 'smart' and integrated building headquarters outside of the city. While the protocols for moving and modernization are currently in the preparationphase, the Ministry of Environment and Urban Planning will be taking over the building of new bases for Turkey's military. Once the protocol has been signed, the first military sites to be moved will be Istanbul's Esenler Topkule Quarters and the Tuzla Infantry School as well as the Güvercinlik Air Force Base and the Etimesgut Armored Legion Division Headquarters in Ankara.

The new military centers, which will be based on the Pentagon model, will not only be constructed with the latest technology as well as high security, they will also be integrated to include social facilities to accommodate all military needs. In essence, the Turkish Armed Forces will be bringing divided units and lodging into one site, with each center to contain campuses geared towards further developing soldiers' social lives. The protocol to be signed with the Ministry of Environment and Urban Planning consists of three main items, the most important of which involves creating these new military zones outside of the city. TAF will be transferring over their urban locations to the Ministry of Environment and Urban Planning in exchange for the service of comprehensive building modernization.The remaining two items included in the protocol includes the renovation of locations where certain buildings are situated as well as the detailed maintenance service of the buildings to be used thereafter.

Out of the facilities that have been prioritized in the move to the specially designed new facilities, Ankara's Güvercinlik Air Force Base will be moved to Temelli, while the Etimesgut Armored Legion Division Headquarters will be moved to Polatlı. In addition, efforts have nearly been finalized to move certain military headquarters in Istanbul out of the city such as Istanbul's Topkule Quarters and the Tuzla Infantry School. However, prior to Istanbul and Ankara efforts have already been initiated regarding moving the central Van Gendarmerie Public Order Corps to the city's outskirts. According to the information obtained, efforts to continue the project in Izmir have also begun, however Chief of General Staff Necdet Özel will be the final authority to sign off on the transfer of TAF facilities.After the move has been established in these four cities, the project will be spread throughout Turkey.

As a priority in the Ministry of Environment and Urban Planning's development plan, the land transferred over by the military will be made into nature parks and recreation areas. Once the military headquarters, which are situated on expansive plots of land in Istanbul and Ankara, are transferred outside of the metropolis center, this new project will result in these cities gaining parks and space to breathe.