Erdoğan held up as role model in Greece 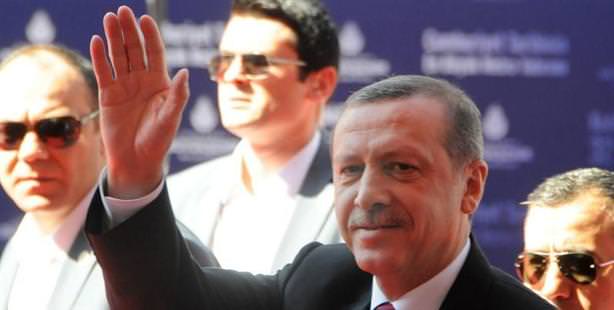 An article in Greece’s To Vima newspaper, entitled “Do like the Turks” suggests Turkish Prime Minister Recep Tayyip Erdoğan be used as an example by the Greek government in order to carry the country out of the economic crisis.

The article by Sifis Polymades, which was released in yesterday's edition of To Vima, pointed out that in order for the Greek government to survive the economic crisis, they need to be determined in the steps already made and to be taken in order to regain the nation's esteem and suggested that the measures taken by Turkey in order to successfully surface from the deep economic crisis suffered ten years ago be used as an example.

Polymides goes on to write, "In order to take the necessary steps, the coalition government needs to set their nationalist and shortsightedness aside and use Turkey our neighbors as a role model. About ten years ago, they also suffered a crisis similar to ours. The administration at that time was not only unable to manage the economic crisis, but they also were unsuccessful in fulfilling the IMF's demands.

The nation's leaders and the established public order instantly crumbled under the pressure and in its place an uncorrupted political power surfaced: Mr. Erdoğan and his party not only realized the reforms requested by the IMF but they also successfully newly restructured Turkey's economy.

As a result, foreign investors flocked to the country. The fact that last year alone, Turkey saw 16 billion dollars in foreign investment is an example… It's true that there are a number of similarities and deep-seated issues between the two nations. There simply needs to be a political will and consideration paid to what political systems in the past have brought on."