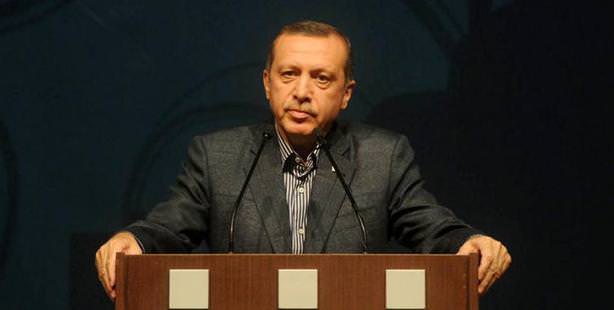 Prime Minister Erdoğan responded yesterday to a letter sent by the leader of the main opposition Republican People’s Party, or CHP, which criticized the government’s policy regarding Syria.

CHP leader Kemal Kılıçdaroğlu sent a three-page letter to Erdoğan on August 27th revealing his party's plan to solve the Syria crisis. A day later, Prime Minister Recep Tayyip Erdoğan responded with a four-page written vitriolic response of his own.

Accusing CHP of being ethically wrong in requesting the Syrian opposition meet with the Syrian government in an international conference in order to reach a solution, Erdoğan stated, "A political stance which does not distinguish between the tyrants and the oppressed, the murderers and those killed and the righteous and the unjust is neither humane nor ethical. The CHP administration is handicapped with this humane and ethical weakness."

The following are a number of excerpts from Erdoğan's response to Kılıçdaroğlu's letter regarding Syria:

"Turkey has always clearly stood by the Arab public in what began with their legitimate requests for democracy. CHP was also expected to always clearly express their stance of siding with the public, what was the right thing to do. A political stance which does not distinguish between the tyrants and the oppressed, the murderers and those killed and the righteous and the unjust is neither humane nor ethical. The CHP administration is handicapped with this humane and ethical weakness. There is no way that such a stance could help create a solution in the Syria crisis.
The perception that external forces are responsible for the developments in the region is first and foremost disrespectful of the will of the public which took to the streets in order express their legitimate demands. This stance is equivolent to misperceiving the developments in the region and being on the wrong side of history. In addition, it can also be perceived as encouragement for a regime that massacres its own public.

Ever since these events began to surface in Syria in February 2011, up until September 2011, when the violence began to escalate, our government tried every diplomatic channel to be in dialogue with Syria in order to ensure a national consensus was reached and to ensure political reforms. However, these messages were left unanswered by the Syrian regime and the massacres aimed at civilians continue to increase.

The Syrian regime announced their acceptance of a six-point plan drawn up by the United Nations and Arab League Special Envoy Kofi Annan; however they didn't realize a single item involved.
The UN General Assembly's decision mechanism has been choked up by a series of vetoes from Russia and China and as a result this process has thus far been unsuccessful. Upon which, Turkey continued efforts to reach a peaceful solution by way of beginning an initiative with the Syrian public. On June 30th, 2012, a meeting on Syria was held in Geneva and Turkey continued to exert efforts to reach a peaceful solution to the crisis in Syria.

Turkey's sole objective is for Syria's territorial integrity to be protected and for Syria to live in peace and unity under the guidance of administrators the Syrian public has chosen themselves as per their legitimate democratic demands. On August 3rd, 2012, 133 nations in the UN General Assembly reached a decision paralleled to Turkey's perspective ensuring a peaceful transition and a halt to the bloodshed in Syria.

At present, over 20,000 civilians have been killed by the Assad regime, while hundreds of thousands have had to seek shelter as refugees from neighboring nations. In Turkey alone, the number of refugees from Syria has surpassed 80,000. It is Turkey's moral, political and historical responsibility to embrace these people who have been forced to escape massacres, bombardments, rape, torture and death. To use this issue to conduct internal politics is beyond incorrect, both morally and politically, but it also means offering support to the regime responsible for this intense crisis of humanity transpiring before our very eyes.

This letter you sent us details a plan that Turkey has been working on since March 2011 and most recently at the meeting in Geneva, however you present it as if it is a new and original proposal. Also in your letter, you ignore the fact that the Syrian regime's persistance in committing massacres has axed all proposed solutions.

All national, bilateral, regional and even global-level initiatives have failed as a result of the deadlock with the Syrian regime and its insistence to continue staging massacres. As of today, the regime in Syria has lost all legitimacy. Ignoring what has happened up until now and attempting to portray this regime as a legitimate side in the search for a peaceful solution means lending support to the regime which is responsible for the deep humanitarian crisis ongoing in Syria."