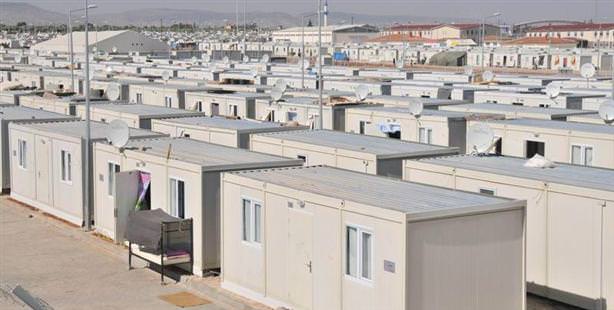 Commenting on the United Nation’s recent speculation the number of refugees coming in to Turkey from Syria may reach up to 200,000, Turkish Red Crescent President Akar stated, "Our state has had to be organized for the most unfortunate conditions. New camps will be ready in ten days’ time.”

Turkish Red Crescent President Ahmet Lütfi Akar spoke to members of the press while in Şanlıurfa for an inspection of the camps set up for Syrian refugees.

In response to an announcement made by the United Nation's refugee agency on Tuesday in which it was stated the number of Syrian refugees in Turkey could reach 200,000, Akar stated: "Everyone can make their own predictions. The Turkish Republic State has had to be organized for the most unfortunate conditions. We will continue to play an assisting role to our state in these situation as per our mission as the Turkish Red Crescent. We will take on whatever role our government gives us. The state of the Republic of Turkey foresaw this situation a year or two ago, it is not an invention of the UN."

Akar went on to explain that new camps are being set up in Turkey and that they do have a sufficient tent stock and stated, "We have begun to set up new tent cities in areas deemed possible. Even if there is a widespread influx, we do have sufficient stock of tents in order to accommodate them."

Explaining that they are fully engaged in preparing the new camps to be set up in Akar, Gaziantep, Kahramanmaraş, Osmaniye and Adıyaman, Akar stated,"Our preparations for the new sites are ongoing full-force and the camps are planned to be complete within ten days' time.

Meanwhile, a 500-person group, including children that arrived to the border to cross into Turkey decided to return home to their villages in Syria once they heard the news that the Free Syrian Army had secured their region.

On Tuesday, Melissa Fleming, chief spokeswoman for the U.N. High Commissioner for Refugees (UNHCR), told a news briefing that the number of refugees that come to Turkey may be up to 200,000 and stated, "The increase in the number of Syrians arriving in Turkey has been dramatic. Compared to previous weeks in which we saw about 400-500 people arriving a day, we've been seeing peaks of up to 5,000 people in one day over the past two weeks."