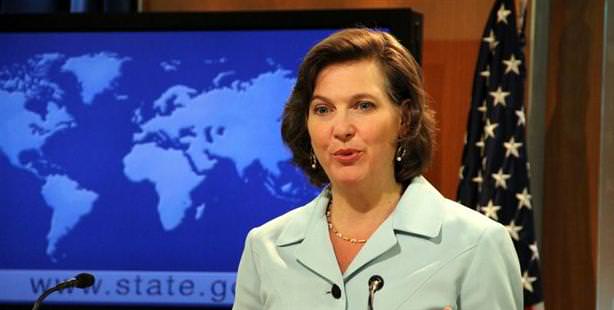 The United States has announced that they are focused on assisting and offering support for Turkey to handle the flow of Syrian refugees.

During a daily briefing yesterday U.S. Department of State Spokesman Victoria Nuland announced that the United States was focused on assisting Turkey in expanding the number of refugees it can handle and ensuring the nation receives more UN aid.

When asked what the U.S. stance was on Turkey's proposal to establish a buffer zone in Syria, Nuland responded by stating, "Our focus has been on helping and supporting Turkey to be able to expand the number of refugees that it can handle on its side of the border, to getting more UN help for Turkey.

That's what we've been focused on. That's what we think is going to be the best way to ensure safety and security in the short run."

Nuland was also asked whether she was informed of Foreign Affairs Minister Ahmet Davutoğlu's intentions to bring the issue of a safe zone to the UN Security Council to which she reminded of the recent "operational mechanism" meeting held in Ankara as well as the extensive discussions held with the Turkish government during Secretary of State Hillary Clinton's visit. Nuland went on to state, "We continue to talk to Foreign Minister Davutoğlu about this, but we are, as I said, focused on helping Turkey handle a surge inside Turkey."