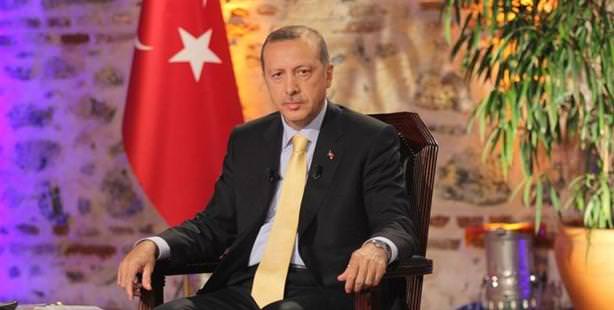 The well-known CNN correspondent Christiane Amanpour held an exclusive interview with Prime Minister Recep Tayyip Erdoğan in Istanbul in which the two discussed the 18-month crisis in Syria while also touching on a number of other topics, including weapons of mass destruction and the suspected nuclear program in Iran.

The Prime Minister went on to state, "Nobody has spoken to us about their reasons, and they are not obliged to state anything. We are very thankful and pleased they have stated that they are against this regime."

When Amanpour asked what he thought the biggest danger to Turkey was, Erdoğan mentioned weapons of mass destruction."The biggest danger, not only for Turkey but for the entire region and the world is the employment of weapons of mass destruction and chemical ones, of course. If a slightest suggestion of such an attempt should emerge, not only in Turkey, but the attitude of the entire globe is going to change forever," he said.

During the interview Amanpour also brought up the issue of Iran's suspected nuclear program, to which Erdoğan responded by saying he does not believe Israel will launch a full-scale attack.
"I do not believe Israel will attack Iran in the fashion that you described in your question, said Erdoğan who went on to say that if so, it would cause what he called "an apocalypse in the entire region." The Prime Minister said he doesn't want to see any such developments, "because in this day and age," said Erdoğan, "the region needs peace, prosperity and stability."