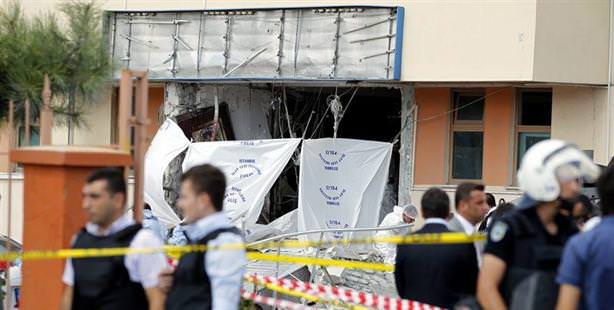 A suicide bomber threw a grenade into a police station in the suburb of Sultangazi in Istanbul on Tuesday at 11:00 then blew himself up, killing one police officer and wounding at least seven other people.

"First (the attacker) threw a grenade, then blew himself up at the entrance of the police station, where the X-ray machines are located," Istanbul police Chief Hüseyin Çapkın told reporters at the scene. "The policeman working at the entrance was killed. Another four personnel were wounded, as well as three others who are civilians," he said, adding that the attacker was aged around 25 but declining to comment further on his identity.

The front doors of the police station in Sultangazi, a working class and largely residential district on the northern edge of central Istanbul, were destroyed in the blast. Medics ferried the wounded into a local hospital while armed police sealed off streets around the building.

HE WAS GETTING MARRIED IN ONE WEEK!

Police officer Bülent Özkan, who was killed in the attack, was to get married in one week's time.