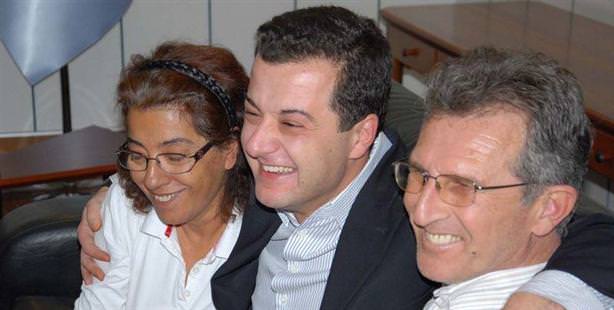 Aydın Tufan Tekin, a Turkish businessman who was kidnapped by Lebanon’s Meqdad Clan, was safely handed over to the Turkish Embassy in Beirut last night.

According to the information obtained, as Ambassador İnan Özyıldız greeted the Turkish businessman by saying, "Welcome, you are free now," Tekin's first words were, "I am so happy I am going to see my family."

Foreign Affairs Minister Ahmet Davutoğlu announced the news of Tekin's release on Twitter in the middle of the night.

Turkey had exerted pressure on Beirut and had taken all initiatives possible to secure Tekin's return. Upon which, the Lebanese military took action to rescue Tekin who was being held captive in exchange for a member who was abducted in Syria.

Tekin was released to Turkey's Beirut Embassy at around 22:00 yesterday.

Davutoğlu on the other hand was informed of Tekin's release by Lebanon's Prime Minister Najib Mikati. Mikati also told Davutoglu that he had assigned a private plane for Tekin.

Explaining that they are doing all they can to ensure Tekin is brought to his family as soon as possible, Davutoglu shared how pleased he was the situation had been resolved by stating, "We are extremely happy that our citizen has obtained his freedom."

Davutoğlu also underlined the fact that during this process, in addition to Mikati's aid, Lebanon's Speaker of the Assembly Berri was also of great assistance.