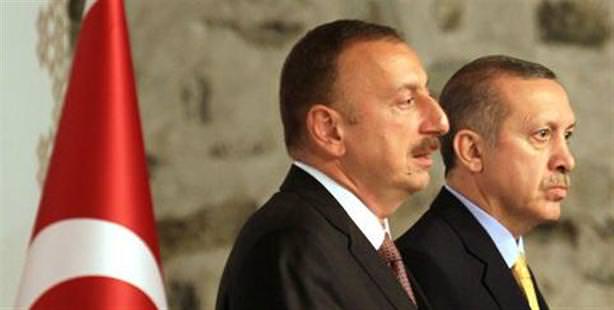 During a trip to Azerbaijan, where he was welcomed by President Ilham Aliyev, Prime Minister Erdoğan attended a High Level Strategic Cooperation Council meeting followed by a joint press conference.

Responding to a journalist's question regarding Turkey's stance when it comes to the Karabakh-Nagorno issue, Prime Minister Recep Tayyip Erdoğan stated, "We will continue to always be by Azerbaijan's side." In his response, which was applauded by President Aliyev, Prime Minister Erdoğan referred to the opening of the Turkish border with Armenian by stating; "When it comes to the Nagorno-Karabakh issue, first of all there is no way we will open our doors so long as the OSCE Minsk Group troika fails to find a solution. We have said the same thing ever since we came to power. We cannot take any such step.

For us to take any steps, the Armenians would have to leave the lands they have occupied. This clearly shows that despite any announcement from international institutions that 'this area is Azerbaijan,' the land has still not been handed over to its rightful owners.

Whatever stance we have taken on from the start regarding Armenia will continue in the same manner to be our stance. We will continue to always stand by Azerbaijan."

Erdoğan's statement was responded to by applause from President Aliyev.