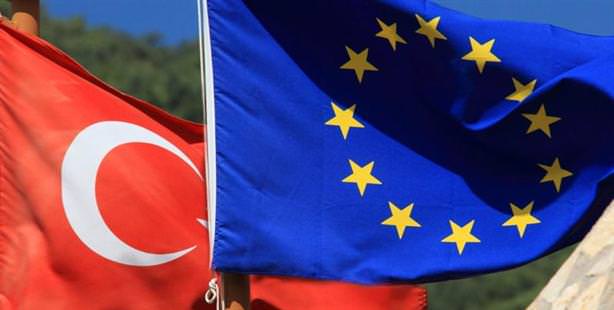 Details on Turkey’s Progress Report, which was supposed to be released by the EU on October 10th, has recently been leaked to the press. According to the information obtained, the report praises Turkey on its retrained stance on Syria and remarks on the nation’s economic indicators with praise.

Certain details of the EU's progress report on Turkey, which will be officially released on October 10th, have made its way to the press. According to findings, the Progress Report praises Turkey's levelheaded stance in respect to the developments regarding Syria while also pointing out that Turkey acted in conjunction with the international community. While the report, which is currently still in draft mode, commends the nation's economic progress, criticism of the deficiencies regarding the freedom of expression and the freedom of the press once again took the forefront.

The report states that Turkey appears to have entered a concerning period of regression when it comes to the freedom of the press and expression. The report, currently in the draft stage, mentions concern for the journalists currently detained pending trial while also mentions that there still remains a significant number of journalists that have been released yet are still facing trial. The report states that Turkey's Anti-Terrorism Code is what is posing an obstacle to the country being able to take any steps in order to allow further press and expression freedom and refers to the code as posing a serious obstacle.

NO PROGRESS ON KURDISH INITIATIVE

The European Commission also commented on the Kurdish initiative in the October 10th Progress Report. While condemning the series of attacks staged by the PKK terrorist organization, the report also notes that compared to the year prior there has been little progress on the state-initiated Kurdish initiative.
Also included in the progress report was praise for Turkey's stance in light of the developments with Syria. The report points out that in response to all that has happened with Syria, Turkey has maintained a level headed stance and is acting in conjunction with the international community. The report also took a close look at Turkey's economy.

Pointing out that Turkey has continued on a path of healthy growth despite the economic crisis in Europe, the European Commission stated that from a structural perspective, Turkey's economy has a solid foundation. The report also draws attention to the fact that the nation's economic growth is above the European average and notes that with the exception of the account deficit and unemployment, all macroeconomic indicators appear to be at a strong level.