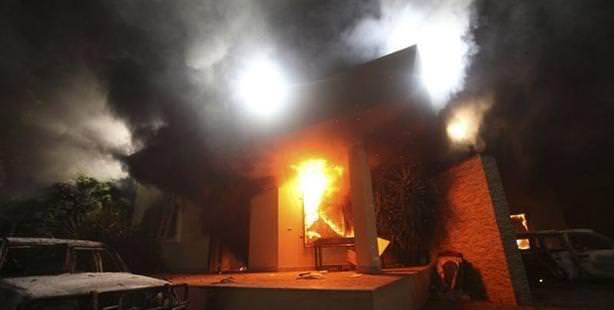 Turkey’s Foreign Affairs Ministry released the following statement on Wednesday regarding the heinous attack on a U.S. mission in Benghazi Tuesday evening, which resulted in the deaths of U.S. Ambassador to Tripoli Christopher Stevens and three other U.S. Foreign Service Officers.

"We condemn in the strongest terms the terrorist attack which took place in the city of Benghazi in Libya on September 11, 2012 and took the lives of Mr. Christopher Stevens, U.S. Ambassador to Tripoli, and the three other staff.

We convey our message of solidarity and condolences to the relatives of those who lost their lives in this heinous attack, as well as to the people of the United States.

As a country that had lost many of its diplomats in terrorist attacks, we are awaiting for the perpetrators of this attack, which targeted an Ambassador who is under the protection of the international law, to be brought to justice as soon as possible.

This terrorist act on the U.S. Ambassador has also targeted the security and stability of Libya, as well as the Libyan people's aspirations for peace and tranquility.

Turkey has consistently emphasized that terror has no religion or nationality, and is a crime against humanity. Turkey continues to believe that the effective combating of terrorism requires the unity and the solidarity of the international community.

We hope that security and stability can prevail in Libya as soon as possible so that such terrorist attacks will not take place in the country again. We will resolutely continue our support for the Government of Libya and its people in their efforts to this end."