'Insulting the Prophet is not freedom of expression’ 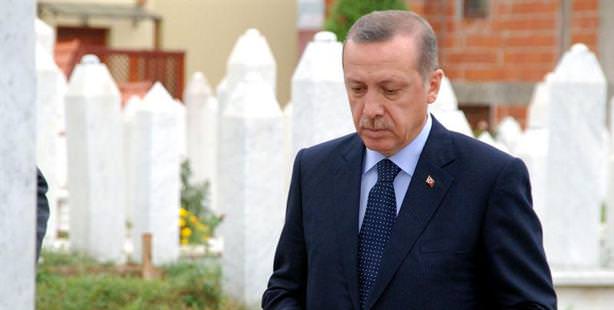 Prime Minister Erdoğan remarked on the blasphemous film which inspired the attack on the U.S. mission in Libya by stating that unfortunately these types of hostile acts do surface. “I want to remind Muslims to not fall prey to these sorts of provocations and to remain patient.”

Prime Minister Tayyip Erdoğan commented on the uproar surrounding the anti-Islamic movie "Innocence of Muslims" during a speech as guest of honor at the at the Annual Yalta European Strategy meeting in the Autonomous Republic of Crimea.

"Insulting the Prophet or the sacred values of Islam cannot be justified as freedom of belief or expression. Quite the contrary, these sorts of insulting acts instead completely destroy any grounds of freedom of thought or belief or even to criticize. Therefore, we as leaders must take all necessary measures against these sorts of actions that cause provocation."

Calling the film "openly provocative and hostile," Erdoğan said that he believed that a legitimate and peaceful protest by Muslims or members of other religions was the right thing to do in this case, however, he stated, "the right to protest does not grant the right to any form of violence. It cannot be a reason for innocent people to be attacked or harmed."

Answering questions from the press in Sarajevo, Erdoğan stated, "According to what we hold sacred, no matter what religion someone may be, if they attack us, our response should not be violence-based. Those who commit attacks against these sorts of sacred values should be punished appropriately in whatever country they are from. Unfortunately, these sorts of provocations do arise. However, I want to advise my fellow Muslims to not be provoked in these sorts of situations and to remain patient. During times like these, a Muslim's patience can also be a very significant response. That is because we believe that at the end of that patience comes victory and salvation.

US Ambassador to Libya Christopher Stevens was killed on Tuesday in an attack on the US Consulate in Benghazi during violent protests against the release of a 13-minute trailer of a movie called "Innocence of Muslims."