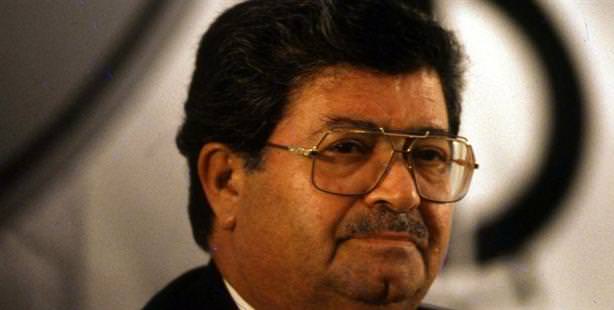 The Ankara Chief Public Prosecutor’s Office ruled yesterday to exhume the grave of late President Turgut Özal as part of an ongoing investigation into the cause of his death.

Turgut Özal, the eighth president of the Turkish Republic served as Prime Minister and President for a combined period spanning a decade until his unexpected death on April 17th, 1993 at the age of 66. An investigation into the late president's death began upon allegations by Özal's wife and now widow Semra Özal and his children, that Özal's death while still in office was 'suspicious.'

The Presidential State Auditing Institution (DDK) investigated the issue after which they released a report in June stating that they also found the death of the then-President to be 'suspicious' and suggested that in order to further investigate the cause of Özal's death they would need to exhume his grave and conduct an autopsy.

As part of the ongoing investigation, which is being conducted according to article 10 of the Turkish Civil Code, Ankara Prosecutor Kemal Çetin sent a written request to the Istanbul Chief Public Prosecutor's Office requesting the late president's grave be exhumed for the Forensic Medicine institute to carry out an investigation to determine the precise cause of Özal's death.

Prof. Dr. Oğuz Polat, the former Director of the Forensic Medicine Institute agrees with the ruling and says, "It may be difficult, but it is not impossible to determine whether someone was poisoned 19 years ago through analyzing their remains." Prof. Polat explains that Turkey does have the superior laboratory technology to conduct a bone analysis of this caliber however, he states, it should not be done solely by one center, the findings should be compared to those from at least another specialist laboratory. Prof. Polat suggests a commission be formed to include DNA, Toxic and Forensic Medicine Specialists and states, "If there was poisoning by either agricultural or insect poison, then trace remnants could still be present in the bones. However, it would take three months to receive any results," says Polat.

Ankara University Department of Forensic Medicine Professor and the President of the Forensic Scientists Association Prof. Dr. Hamit Hancı provided information on the process to follow. According to Hancı, the grave will be exhumed by medical specialists while under the supervision of a prosecutor and judge. Forensic specialists will be transferring all remnants of bones, the shroud, soil and if present wood, into special bags to take to the Forensic Medicine Institute, where they will conduct analysis.
The Forensic Medicine Institute is at par with international standards and has the technological capabilities to conduct this analysis, states Prof. Hancı. "If materials such as arsenic or heavy metals are detected, then it will be very easy to prove there was poisoning."