Obama sends Erdoğan the message “We stand by you” 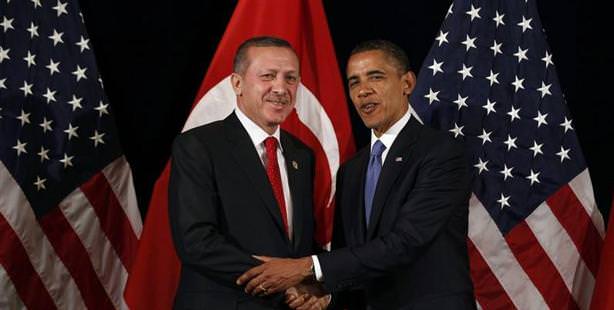 Prime Minister Tayyip Erdoğan held a 40 minute conversation with U.S. President Barack Obama in a scheduled call yesterday to discuss regional issues, especially the situation in Syria, terrorism, the film resulting in harsh backlash throughout the Muslim world, the attack on the U.S. Ambassador in Libya and the fast spreading issue of Islamophobia.

During the call made by Erdoğan, Obama offered his condolences for the loss of soldiers and civilians in recent terrorist attacks. At the end of the conversation, the two leaders reached a consensus to continue to be in close contact and to further their dialogue on regional issues.

After the telephone call, the Prime Ministry released an announcement stating, "Mr. Obama has relayed his condolences for the attacks, including the most recent ambush on a military convoy, which has resulted in an increase in deaths amongst security forces and civilians."

Erdoğan also relayed his condolences to Obama for the death of U.S. Ambassador Chris Stevens as well as three other embassy staff. Erdoğan brought up the issue of Islamophobia which is quickly spreading in the West and stated that in order to put up an effective fight, Turkey and the United States would have to work together.

The third topic Erdoğan and Obama discussed was the situation in Syria. The Prime Ministry announcement emphasized that both leaders expressed their intentions to work closely together on the Syria issue.