A three-phase fight against terrorism 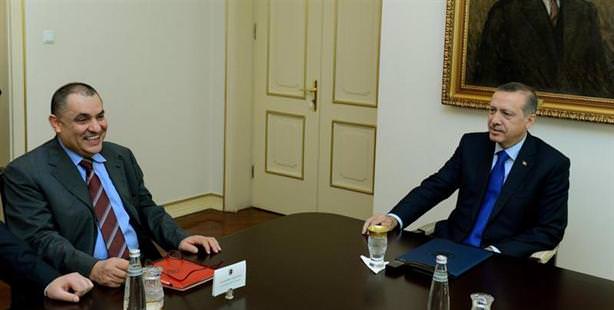 The government will soon be implementing a new package road map including military, political and social measures to combat terrorism.

Soldiers will no longer be forced to wait at outposts, mobile units will become increasingly more effective, local administrations will be reinforced, the electoral threshold will be dropped and democracy will; gain power. This will officially be the state's final call for the terrorist organization to relinquish their weapons and for military operations to be halted.

Prime Minister Tayyip Erdoğan is planning to announce a new comprehensive road map established in order to combat the increased activities on behalf of the PKK terrorist organization's change in strategy, and increase in attacks staged in centralized urban locations.

After extensive deliberations with a series of political actors and notable regional figures Erdoğan has finally completed the new road map in the fight against terrorism. The Prime Minister will be announcing a portion of the road map during the September 30th AK Party Congress.
The following is a main outline of what the new road map entails:

NO MORE WAITING AT MILITARY POSTS: The first leg of the plan involves instilling military measures. With the PKK's change in strategy, TAF has brought on specialist military personnel in recent weeks, resulting in severe losses for the terrorist organization. With orders by the Chief of Staff General Necdet Özel, operations are being staged by experienced generals, with the chief of staff even commandeering a few himself at times. Now, operations will be taken to an even further level.

The era of soldiers waiting dutifully at military posts is now coming to an end. Accordingly, in regions of high terrorist activity, the system of standing guard at military outposts will now be geared towards increasing effectiveness of mobile units in order to embark on an era of proactive intervention. The plan is to destroy the PKK headquarters where the terrorist organization gathers logistics in order to stage ambush type attacks, and to target the terrorists in the locations they are harbored.

SEEKING AN ELECTORAL THRESHOLD: The second leg of the new roadmap, deals with a series of political steps geared towards fortifying local administrations and lowering the electoral threshold in an effort to grant further power to democracy. Transferring over additional authorization power and financial resources to local administrations has been something Erdoğan and the AK Party has sought for a long time now. A draft law was proposed and rejected by then President Ahmet Necdet Sezer in 2004. It may now be revisited.

EU SURPRISE: The new constitution also plays an integral part of Erdoğan's road map. Another surpriseis expected to come from the steps the state will soon take in regards to the EU. Erdoğan is expected to present a new perspective to the EU and to call on the commission to no longer deliberate, and "to put a name on it." The aim for the upcoming period will be for negotiations with the EU to gain momentum and for efforts to be exerted in opening new chapters following the Greek Cypriot's presidential term.

MESSAGE TO DROP WEAPONS: During the upcoming AK Party Congress, Erdoğan is expected to strongly emphasize the message to PKK members to "drop their weapons and we'll stop operations." This message will act as a sort of 'final call' before the initiation of a widespread operation in the region. This call will especially be directed to those organization members living in the mountains that are not responsible for causing bloodshed. In addition, mothers will be asked to call out for their children in the mountains.

Prime Minister Tayyip Erdoğan sent a message of condolences to Chief of Staff General Necdet Özel for the attack on a convoy of unarmed soldiers in Bingöl which resulted in ten deaths. The message released on the Prime Ministry website was as follows:

"These attacks especially directed at our nation's development, stability, security, and environment of peace and harmony, will never make us veer from our path and our determination. We will not take a single step backwards due to these attacks. And we will never allow for these atrocious attacks to derail us from our determined path nor disrupt our communal peace and harmony.