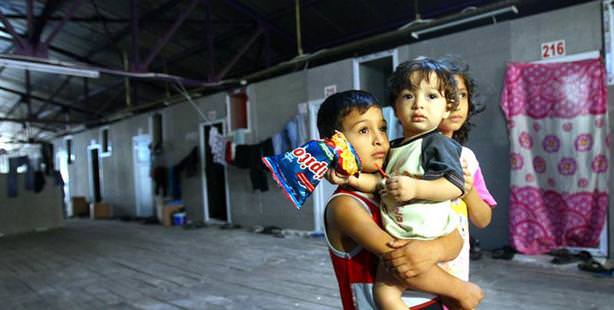 The United Nations will soon be offering the Syrian refugees housed in camps in Turkey four billion dollars in aid. The method used will be through providing special cards which will allow refugees access to monthly funds for food.

The U.N. Food and Agriculture Organization (FAO) has decided to provide four million dollars in food aid for the 87,000 Syrian staying in camps in provinces Hatay, Kilis, Gaziantep and Şanlıurfa, marking the first time the United Nations will be providing aid in bulk.

Turkish Red Crescent President Ahmet Lütfi Akar explained to SABAH that the FAO's aid will be delivered in the form of 'Red Crescent' cards that will be given out to all of the Refugees staying in Turkey. Akar relayed to SABAH that the plan is for these magnetic-stripe Red Crescent cards to be loaded monthly with a designated amount of funds that can then be spent in a selection of markets.

This food aid to come in from the FAO will be the single-most largest amount of aid provided for the Syrian refugees harbored in Turkey by the international community. Over the past year alone, Turkey has spent over 400 million liras on accommodating Syrian refugees in its territory.