PM Erdoğan: “If necessary, we may hold talks with Öcalan 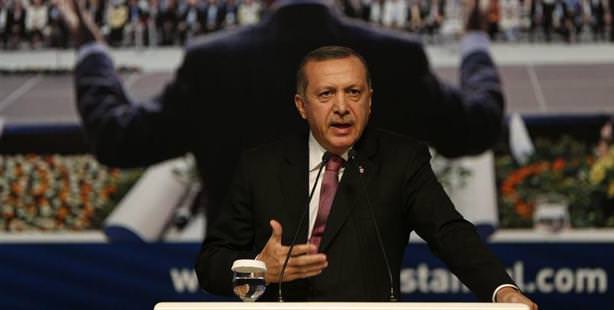 Prime Minister Erdoğan says that when it comes to terrorism, everyone has a responsibility to shoulder. Criticizing the main opposition with not taking joint action, Erdoğan stated, “If talks would reap results, then let’s do it.”

Prime Minister Recep Tayyip Erdoğan was speaking on a Kanal 7 broadcast, when he said he may revisit talks with the PKK leader as well as delivered a number of significant messages regarding the ongoing fight against terrorism:

THEY HAVE CLEARED OUT OF ŞEMDİNLİ:

"The terrorist organization had previously established individual targets. Now, however they are exerting efforts to establish control over a certain area which is what they tried with Şemdinli. However, the steps they took there were unsuccessful. First and foremost, our armed forces and police continuously rendered the terrorists' efforts ineffective. They ended up suffering significant loses and had to clear out. They literally had to return back to their caves. They didn't engage in other attempts anywhere else, because the lessons they had learned were difficult. Our biggest issue is with the mines. Our security forces are now working on new methods in order to protect against mines.

THE INSINCERITY IN OSLO: Whether it be in İmralı (the island penitentiary where the PKK leader Abdullah Öcalan is serving his time) or whether it be in Oslo, we have always taken clear and direct steps. If we are going to gain from these talks then let's do it. If it is going to happen, then let's do it in Oslo. That's why we began with Mr. Emre when he was the Undersecretary for MİT (Turkey's National Intelligence Organization) and that is why we continued in the same fashion with Mr. Hakan, when he took over the position. The talks have halted at the moment due to certain reasons. Mainly being the insinc erity when it comes to communication. Whether we wanted to or not we had to say let's give it as break...

TALKS IN İMRALI: As for how much heed we will pay to the BDP's call is a separate issue. (BDP, or the Peace and Democracy Party, recently called for talks to resume between the state and the PKK in order to halt the violence.) CHP (the main opposition People's Republic Party) made a similar call. We said, 'please come and let's talk.' They came and we did talk. However, CHP has still yet to respond to us. The items they announced were simply findings. There have been no shared steps taken since that point. We will say to them, 'what happened? We thought we were going to work as a team. Come and let's all put our hands together.' Meanwhile, talks may resume in İmralı (with the PKK leader Abdullah Öcalan)."