Morsi: We are headed towards our shared vision with Turkey 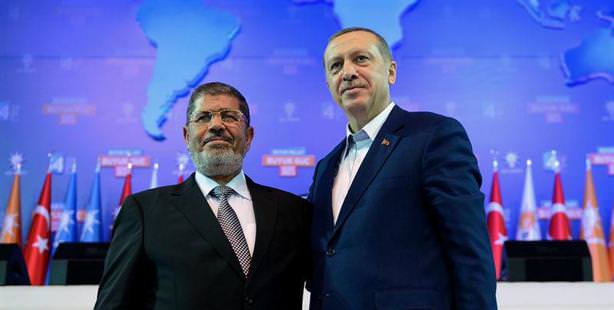 Sunday’s AK Party Congress hosted nearly 200 foreign representatives including Egyptian President Morsi who praised the AK Party, or Justice and Development Party, on their success and expressed solidarity with the Syrian public.

In his address to the congress, Egyptian President Mohamed Morsi stated, "My brothers, the AK Party, which is both modern yet able to preserve their own identity, is focused on growth and has achieved great success, witnessed with respect all over the world. I cannot hide my admiration for these achievements. The entire Egyptian public is in admiration of Turkey."

Morsi went on to state that Turkey's involvement in developments in Egypt and other nations in the region that experienced the Arab Spring was crucial and stated that the AK Party's success offered a great example.
In his delivery, the Egyptian President also mentioned the crisis in Syria. "The Syrian public is being killed and raped morning to night on Syrian land. The tragedy of the century is being staged by a regime that is killing their own people. We are losing sleep over this tragedy.

We will stand by the Syrian public until the bloodshed stops, and until the oppressive regime has left and the people of Syria have acquired their legitimate rights."

Emphasizing Turkey and Egypt's shared vision, President Morsi went on to state, "In our foreign relations, we want to live in peace with the entire world. As we head towards our shared objectives with Turkey, we cannot disregard the difficulties faced by the Palestinians or the Syrian public. We wait in anticipation for the day that Palestinians establish their own state. And Jerusalem will be the capital of that Palestinian state."