UN: Conflict along the Turkish-Syrian border is “extremely dangerous” 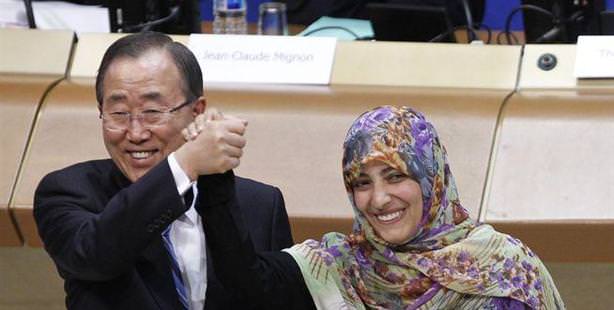 Speaking at the World Forum for Democracy in Strasbourg, Ban Ki-moon stated that the situation in Syria has turned into a “deeply concerning” crisis and warned that should the violence escalate along the Turkish border there could be serious ramifications.

Speaking at the opening for the World Forum for Democracy held in Strasbourg, United Nations Secretary General Ban Ki-moon warned that the escalation of violence along the Turkish Syrian border could further ignite the conflict. Emphasizing that state leaders need to heed their public's demands. Ki-moon stated, "President Assad needs to listen to his citizens before it is too late."

Ban Ki-moon underlined the fact that the crisis in Syria is turning into a disaster and stated that this situation will only continue to negatively affect the stability of Syria's neighbors and the entire region. The UN Secretary General went on to state that the escalation of the conflict along the Syrian-Turkish border is extremely dangerous, which Ki-moon said will have "global ramifications".

Ban Ki-moon also raised concerns about arms supplies to both President Bashar al-Assad's regime and rebel forces and stated, "I am deeply concerned by the continued flow of arms to both the Syrian government and opposition forces. I urge again those countries providing arms to stop doing so. Militarization only aggravates the situation," he said. "I am calling on all concerned to abandon the use of violence, and move toward a political solution. That is the only way out of the crisis."

Expressing that hope is being lost due to the instability and concern for the situation in Syria, Ban underlined the importance of reaching a "political solution" as being "the only way out of the crisis"."Our intentions are to establish all of the suitable conditions in order to ensure a secure transition to democracy is established in line with the public's legitimate demands," stated Ban, emphasizing that all Syrians must be granted the security of equal rights.

Emphasizing that the United Nations has significantly increased their offering of humanitarian aid to Syria, Ki-moon warned, "As winter approaches, we need donors to contribute more generously to address the growing needs of those inside Syria and over 300,000 refugees in neighbouring countries."

A WARM EMBRACE FOR KARMAN

2011 Nobel Award-winning Yemeni female activist Tavekkül Karman also delivered an address at the forum in which she requested support for democratic movements. At the end of Karman's speech, UN Secretary General Ban Ki-moon, held the Nobel Award-winning Karman's hand up in the air.