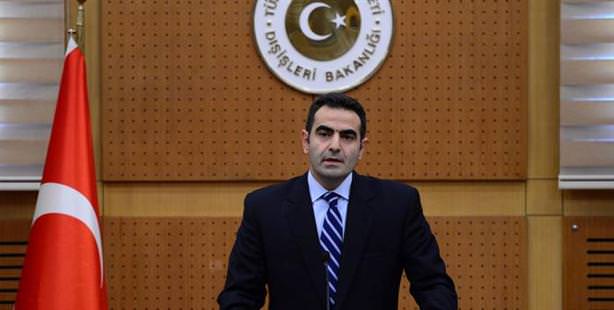 On Thursday, Ankara sent a diplomatic note to Damascus over a Syrian plane forced to land in the capital under suspicion it was transporting weapons. Diplomatic sources have informed that the intelligence did not come from the United States.

The current heated agenda in the capital at present is surrounding a plane that was forced to land in Ankara for transporting military supplies.

Meanwhile, a number of allegations have surfaced in regards to whom provided the information which led to the forced landing of the Syrian plane. Diplomatic sources however ensure that the information did not come from U.S. sources.

Turkish Foreign Ministry Spokesman Selçuk Ünal released a statement on Thursday, announced that the decision was made to have the plane land at the Ankara Esenboğa Airport in order to conduct a mandatory inspection. Ünal explained that the pilot of the Syrian aircraft was informed of the situation while the plane was flying over the Black Sea, granting the pilot the opportunity to return, however the pilot decided not to and therefore the plane landed at 17:15 local time.

The Foreign Ministry Spokesman went on to explain that all precautionary measures were taken in order to ensure the safety of the passengers and to provide for any potential needs and stated that the passengers were informed that they could exit the aircraft and would be hosted in the waiting hall however, he noted, only a selection of passengers exited the plane and the majority chose to remain onboard.

Ünal went on to state, "We also had a medical team and an ambulance ready and waiting in order to provide medical assistance if necessary. When news was received that one of the passengers fell ill, a doctor was sent to the plane, however the answer was received that it was not necessary. Therefore, there is no basis for the concerns which surfaced regarding the passengers suffering any threat to security.

The pilot did not relay the passenger list nor provide any information on the nationalities of those onboard. We only learned that there were Russian nationals on the plane after receiving the information from the Russian Federation Embassy in Ankara, after which our ministry provided constant updates on the passengers on board. Our Moscow Embassy briefed the Russian Federation Foreign Affairs Ministry this morning."