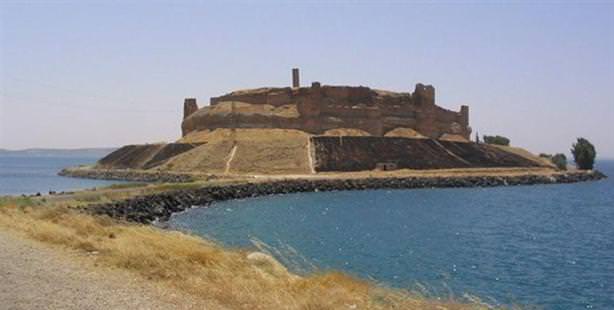 Turkey has maintained contact with Syria regarding the sole Turkish property that remains in the country, Qal'at Ja'bar Castle. When Turkey needs to send soldiers to the fort, Syria is informed prior and directed not to intervene.

Although all military relations with Syria are on hold, Turkey does maintain contact with Syria regarding a sole property, the Qal'at Ja'bar Castle, situated on the left bank of Lake Assad. Thirty Turkish soldiers are assigned to protect the fort, and when they need logistical support or rotations Syria is previously informed that Turkey will be sending soldiers and they should not interfere.

The Qal'at Ja'bar Castle, which contains the tombs of Suleyman Shah, (Grandfather to Osman I), is located on an 8,797 meters cubic squared area and is guarded by a brigade from Şanlıurfa that provides military and logistical support by arriving in armored vehicles.

While there used to be just 15 soldiers assigned to security at the tomb, ever since the developments with Syria, Turkey's military has brought that number up to 30. Soldiers are transferred to the castle once every two weeks. This transfer used to take place by helicopter, however due to the developments in Syria; this is now being done on land. Syrian officials are informed of an impending soldier transferring a few days ahead of time.

A number of reinforcements have since been made to the fort, including improving its durability and security through additional walls and the previous post building has undergone renovation.