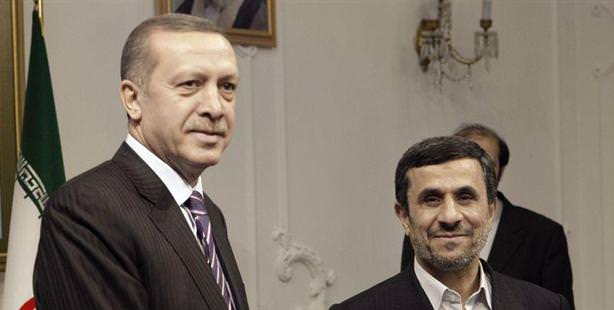 The meeting between the two leaders surfaced at the last minute following Iran's call to lift the veto on the Turkish Republic of Northern Cyprus. The decision to hold this surprise meeting was made by the leaders during the conference and the Turkish committee only found out at 12:30 on Tuesday that the meeting would be convening at 12:45 that same very day. The 40-minute meeting took place during the timeframe scheduled for the two leaders to take a coffee break.

Erdoğan was greeted warmly by the Iranian leader. Ahmadinejad expressed that Turkey was justified in its response to the shelling from Syria into a Turkish border town killed five local residents. "You are definitely in the right when it comes to this matter, and we support you," stated Ahmadinejad.

Syria was the main focus of the meeting which took place on the sidelines of the final day of the ECO meeting in Baku. Erdoğan said that Ahmadinejad welcomed the UN-Arab League special envoy on Syria Lakhdar Brahimi's request for Iranian assistance in persuading Syria to agree to a cease-fire during the upcoming Eid al-Adha. Both Erdoğan and Ahmadinejad are expected to deliver statements at the same time, calling on both sides to declare a cease-fire during the upcoming Feast of Sacrifice holiday.