Ricciardone: “We don’t see a possibility of war” 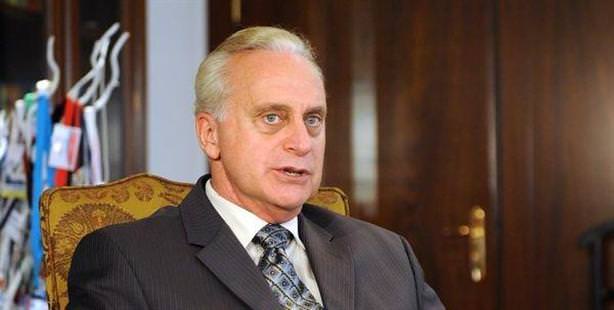 The United States Ambassador to Ankara Francis Ricciardone says the U.S. does not see the possibility of a war between Turkey and Syria.

Speaking to reporters in Ankara, Ricciardone stated, "Turkey is acting very smart," and praised the nation for not falling into what he referred to as Assad's traps.

"Turkey has responded very proportionately and calmly and confidently - which is obvious to us a position of strength. Turkey has not fallen into a trap that perhaps the Assad regime, in its desperation and its weakness, seems to be trying to set." Ricciardone said.

Commenting on the crisis in Syria, and especially the tension between Ankara and Damascus, Ricciardone said, "We don't see a possibility of war between Syria and Turkey. We will be doing all that we can to offer our support to Turkey. We are also sharing intelligence with our friend nations." Ricciardone went on to say that if Russia and Iran were to decide so, Assad's regime would be gone today.

When asked whether there was the potential for Turkey to work in collaboration with the U.S. in capturing the leaders of the PKK terrorist organization, Ricciardone recalled how it took years for the United States to track down Osama bin Laden.

Ricciardone went on to state: "We were patient. While capturing bin Laden, our war experts, intelligence and law enforcement worked together. It transpired as the result of a multidisciplinary approach and we are ready to share this experience."

Ricciardone explained that the United States shares all intelligence collected on the PKK and Kandil and stated, "We have made proposals to Turkey to provide more than we do. We have also offered to share the tactics, techniques and procedures that we used. I do not want to go into detail regarding our confidential work with the government. This is what we have presented to them, however Turkish officials carry out their fight against terrorism according to their laws and own experiences."

Ricciardone also expressed his disappointment with the surfacing of suspicions regarding the United States' intentions to assist in the issue and stated, "We are ready to work even closer on the matter. We provide intelligence however are unable to benefit from it together. We simply provide the information and Turkey decides how to use it," stated the U.S. Ambassador.