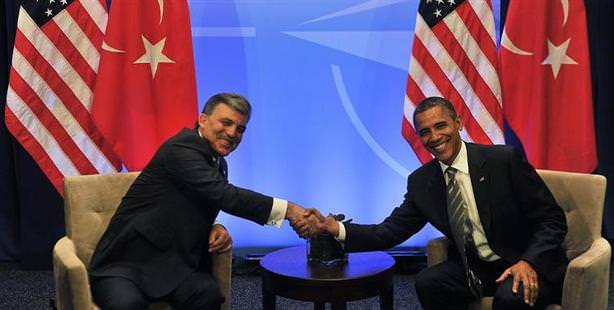 Obama’s messages to President Gül stressed the importance of helping those in need and emphasized that Turkey and the United States work together on regional issues.

U.S. President Barack Obama sent two messages to his Turkish counterpart Abdullah Gül for both the Feast of Sacrifice holiday and Republic Day.

President Obama's message to Gül, congratulating the President on Republic Day, emphasized that Turkey and the United States act together on both current issues and future challenges in the region.

Obama's message also pointed out the importance of the Turkish community in the United States and the special role they play in enriching relations between the two nations.

In his message for the Feast of Sacrifice, or Eid al-Adha, Obama stressed the importance of the principles behind the holiday being to help those less fortunate as he congratulated President Gül, the Turkish public and those committed to fulfilling their pilgrimage to the Hajj. The U.S. president also pointed out that helping those in need are important precepts for all Abrahamic religions.