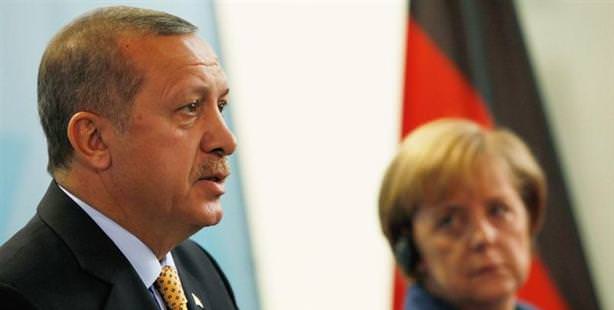 Prime Minister Erdoğan begins a two-day visit to Germany on Tuesday. During his stay, Erdoğan will be meeting with Chancellor Merkel as well as attending the opening of Turkey’s new embassy in Berlin.

During his visit to Germany, Prime Minister Tayyip Erdoğan will attend the opening of the new Turkish Embassy compound in Berlin. The new embassy will be Turkey's largest diplomatic mission building abroad. Foreign Minister Ahmet Davutoğlu, who is accompanying Erdoğan on his visit, and his German counterpart, Guido Westerwelle, will also attend the opening ceremony.

On Wednesday, Erdoğan will be meeting with German Chancellor Angela Merkel to discuss bilateral relations, the crisis in Syria and joint cooperation in efforts against the PKK terrorist organization. Erdoğan may also bring up the issue of easing visa requirements for Turkish nationals to visit Germany.

After meeting with Merkel for a working lunch on Wednesday, Erdoğan will join Merkel for a joint news conference.