'There is no point of holding dialogue with a murderous regime' 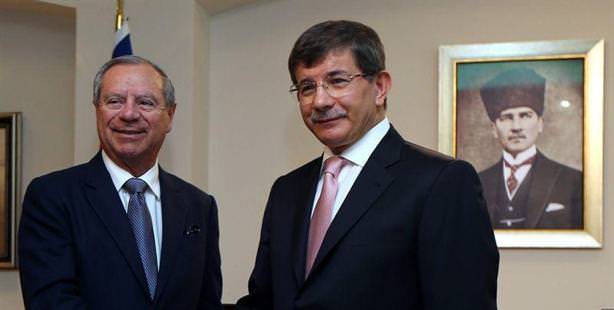 Foreign Affairs Minister Ahmet Davutoğlu emphasized Ankara’s support to immediately launch efforts to establish a transitional government in Syria in accordance to the Geneva decision, "However it is futile to engage in dialogue with a regime that continues to massacre its own public even during Eid al-Adha,” stated Davutoğlu rejecting the notion of establishing any form of dialogue with the Damascus regime to this effect.

Meeting with his Costa Rican counterpart Enrique Castillo for a working breakfast, Minister Davutoğlu answered questions from the press at a joint news conference. When asked if Turkey ever planned on establishing dialogue with Assad's regime, Davutoğlu responded by stating, "First and foremost, the Syrian regime needs to show the will to make peace with their own public." Davutoğlu went on to express that establishing dialogue with the existing regime would only offer them legitimacy as they continue to stage violence on their own people.

Davutoğlu also stated that the Turkish Republic government and the Ministry of Foreign Affairs were using all channels possible in order to do everything that they can to ensure the safe return of Turkish journalists Cüneyt Ünal and Beşar Fehmi and would continue to do so.