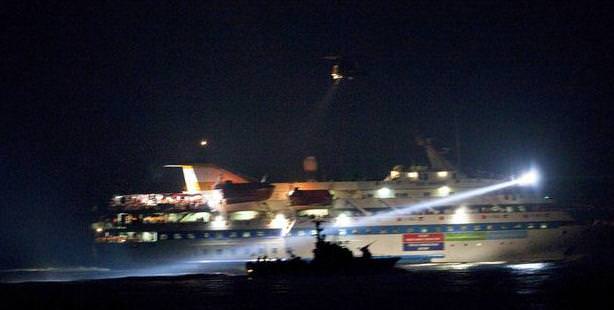 The first hearing in the trial of accused Israeli commanders who were responsible for staging a raid on the Mavi Marmara aid flotilla, which was attempting to deliver humanitarian aid to Gaza on May 31st, 2010 which resulted in the deaths of nine Turks will begin at Istanbul’s Seventh High Criminal Court on November 6th.

The court will hear testimonies from 490 complainants from 37 different countries, including an Israeli deputy of Arab heritage Haneen Zoabi. Amongst the accused, who will be prosecuted in absentia, are Israeli Chief of General Staff Rau Gavriel Ashkenazi, Naval Forces Commander Eliezer Alfred Maron, head of Air Forces Intelligence Avishai Levi and Israeli Intelligence Chief Amos Yadlin. They face nine charges of aggravated life imprisonment and 18,032 years imprisonment each.

Speaking with SABAH prior to the start of the hearing, Humanitarian Aid Foundation (İHH) member Hüseyin Uçar explains that the defense is based on the United Nations Committee report which purports that Israel used disproportionate force.

According to information relayed by Uçar, forensic reports show that the victims were killed from close-range shots however Israel had attempted to wash the bodies using special chemicals that would erase any traces of gunpowder that could be used to determine the distance from which the victims were shot. Uçar explains that the vests the victims were wearing when they were shot were left on the ship and contain bullet holes which have proven that six of the victims were shot at close range while 17 year-old Furkan Doğan was shot directly in the head.