Turkey chosen as political leader of the Middle East 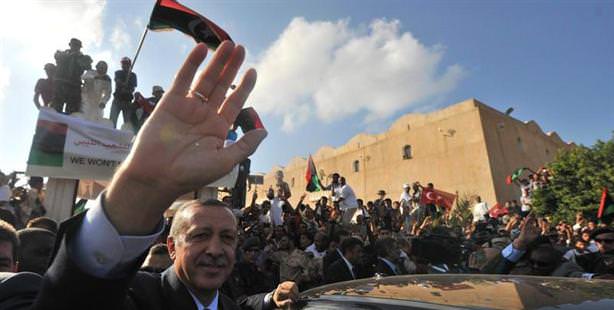 A survey conducted by KA Research and the Turkish Economic and Social Studies Foundation (TESEV) shows that Turkey is still considered to have the most influential role in the region. According to the survey, leaving Saudi Arabia and Iran in its wake, Turkey was considered to be the most politically powerful country in the Middle East. Turkey was also selected as one of the most influential nations in the Arab Spring.

Results were released yesterday for a survey entitled "The Perception of Turkey in the Middle East 2012". The survey, conducted from August 3-28 was done through interviews by telephone and in person of 2,800 people in Egypt, Jordan, Lebanon, Palestine, Saudi Arabia, Syria, Iran, Iraq, Tunisia, Oman, Bahrain, Qatar, Kuwait, UAE, Yemen and Libya. According to the results, 69 percent of participants selected Turkey as the most positive example out of 15 different nations. Turkey was followed by Egypt with 65 percent and the UAE by 62 percent.

The countries to exhibit the most positive perspective of Turkey were, listed in order, Libya, Egypt and Palestine. When asked if Ankara exerts a friendly approach to countries, 87 percent of those polled in Libya said yes, followed by 83 in Egypt and 82 in Jordan.

In a listing of "regional powers", at 12 percent Turkey came in first as being the most politically powerful nation. Saudi Arabia and Iran followed with nine percent and Egypt received eight percent of the vote. The Saudi administration was selected as being the region's strongest economic force.

In a section entitled "foreign influence in the Arab Spring" Turkey came in third with 45 percent of the vote following Saudi Arabia and Qatar which tied for the top at 48 percent. A number of nations supported Turkey's Syria policy, with over 60 percent of those surveyed in Libya, Saudi Arabia, Palestine, Tunisia, Yemen and Egypt. Those who exhibited a negative stance on Turkey's action when it comes to Syria was Syria itself with 69 percent of those poll and Iran with 60 percent expressing dissension.