Odds stack up on suspicion former President Özal was assassinated 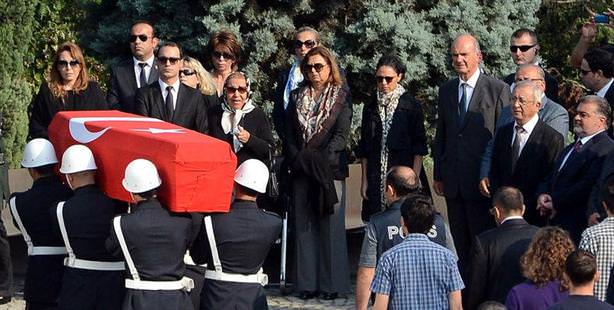 The Forensic Medicine Institute has found toxicological traces in an autopsy of former president Turgut Özal; however the presence of rat poisoning was not detected. The possibility that toxicological substances from agricultural pesticides were stored by the body is also being researched.

The Forensic Medicine Institute is working on completing a report on an autopsy done on Turkey's eighth president Turgut Özal, whose body was exhumed upon suspicion his death may have been by assassination through poisoning. The autopsy has revealed traces of toxicological substances however there was no finding of strychnine creatine, the active ingredient in rat poisoning, as claimed by a certain press outlet.

The Forensics Medicine Institute has now initiated a comprehensive investigation into the agricultural pesticides used between the years 1980-1993, which have since been prohibited. It was possible that the pesticides used during those years left toxicological substances stored in fat deposits of people when they consumed fruit and vegetables. Forensics experts will be looking into the types and the amount of toxicological substances found on test subjects in the 50 to 60 age group. Experts will try to determine whether subjects from Özal's age group have similar toxicological deposits. A cross-examination will then provide clarity on whether the traces found were sufficiently lethal.

The suspicions surrounding former President Turgut Özal's death has turned all eyes on the State Supervisory Council (DDK) report which requested his body be exhumed for an investigation into whether or not his death was the result of poisoning. The report ordered by President Abdullah Gul and released on June 13th by the State Supervisory Council voiced suspicions surrounding his death and what transpired that day. Calling the events that took place on the day of Ozal's death an "eclipse of reason" the report points out that even though a sudden death of a president in power is always considered 'suspicious', the fact that an autopsy was not made nor was evidence collected from the Presidential Palace is bizarre, and statements from eye witnesses were inconsistent.

The report states: "The late President fell ill in the morning. His wife Semra Ozal and one of their servants Nesrin Fidan were informed of the situation and doctor Cengiz Aslan, who was in Istanbul at the time was reached by telephone. The president's in-house doctor Prof. Dr. Hilmi Özkutlu was unreachable. A call was made to GATA (Gülhane Military Academy of Medicine) and a doctor was requested to the palace. Özal's security detail and upper-level personal and on-duty assistants helped carry Özal to the ambulance."

The report clearly states that a recording of what transpired that night lacked details and that sufficient medical care was not provided nor was an ambulance kept ready and equipped at the place. In addition, the report states that the testimonies provided regarding what transpired on April 16th-17th, 1993 were inconsistent.

'NO OFFICIAL ANNOUNCEMENT HAS BEEN MADE'

An article released by Güngör Ergün in the Bugün daily claimed that initial results from Özal's autopsy revealed traces of strychnine creatine, a lethal chemical used in rat poisoning that can result in death within 20 minutes of being consumed.

Forensic Medicine Institute President Haluk İnce quickly refuted the claims stating that the report on Özal's autopsy has not yet been completed and that there were no traces of strychnine creatine found as claimed in the controversial newspaper article. İnce went on to state that once the report has been completed they will be handing it over to the Ankara public prosecutor's office.

This is a translation of an article originally written by Ceyda Karaaslan and Mustafa Kaya.