Armenians happy to be living in Turkey today 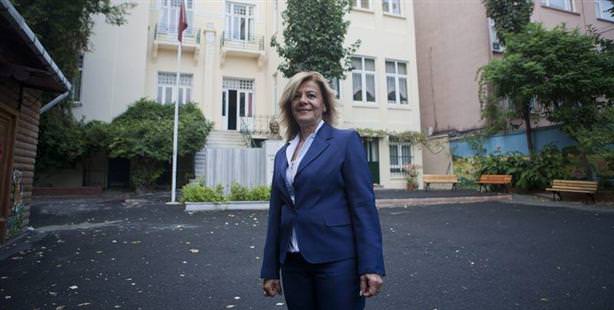 The government’s minority-based initiatives have resulted in bringing good news to the Armenian community.

An Istanbul court has ruled in favor of returning a 200 year-old elementary school building in Şişli to the original owners 33 years later.

Ruling in favor of plaintiff Surp Gazer Armenian Catholic Mihitaryan Monastery and School Foundation, the Istanbul Court ruled to cancel the deed belonging to the Ayaş Municipality and reinstate the property to the previous owners.

The stone building, built on a 1,113 cubic square meter property on Arpa Suyu Street in Şişli was purchased by the Armenian Foundation by Tevfika Emine Ayaşlı in 1958. In 1962, Ayaşlı passed away leaving 6/8 of her assets to the Ayaş Municipality and the other two shares to her siblings. In 1974, the Supreme Court of Appeals ruled that all immoveables acquired by the foundation with the exception of those under the 1936 declaration were illegally obtained and were henceforth confiscated by the state. The ruling in a case opened by the Foundations General Directorate in 1979 resulted in the deed being handed over to the Ayaş Municipality and two other individuals. After paying rent for years, when new regulations were brought on allowing for the return of minority property the Foundation reapplied for the return of the property from the Foundations General Directorate, however the case was rejected. In May of 2011, the Foundation reapplied to the Şişli Civil Court of First Instance.

When Foundation Chairman Rita Nurnur heard the news that the coveted property would be returned its rightful owners, she was unable to hold back tears of joy. "All of the efforts we have made up until now have not been for nothing," stated Nurnur. The fact that this case was covered by SABAH helped our cause and empowered us. I now believe in the fairness of this era, and this is evidence of it."