Musharraf: “Share my intentions to run for election in Pakistan” 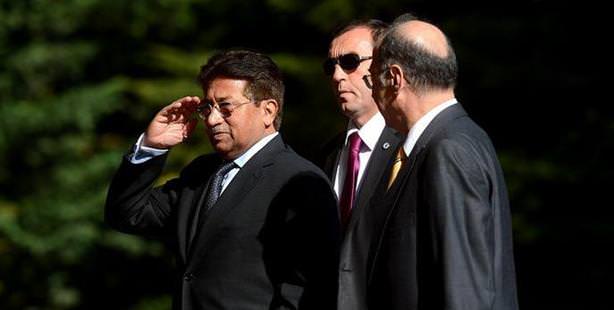 Pakistan's former president in exile, Pervez Musharraf recently met with Erdoğan and shared his intentions to run for election again, while also requesting the Turkish prime minister express his support during his upcoming trip to Pakistan.

Perver Musharraf, Pakistan's tenth president who is currently in exile, decided to cut his vacation to Northern Cyprus short in order to pay Prime Minister Tayyip Erdoğan a visit in Ankara. While no official announcement was made in regards to the critical meeting which preludes Prime Minister Erdoğan's November 21-22 trip to Pakistan, SABAH was able to access Musharraf himself. According to the information obtained, Musharraf relayed information on the current situation in Pakistan and expressed his plans to return to the country in order to defend himself and enter the elections. Musharraf requested Erdoğan's assistance by way of relaying his intentions to run in the elections during his visit to Pakistan.

Musharraf, who has been residing in London since 2008 and has a warrant for his arrest, told SABAH, "I will be returning to Pakistan to defend my rights." Qualifying the case against him for negligence in Butto's assassination as a political trial, Musharraf stated, "Despite this, I will be giving my fight in the courts." During the meeting, which lasted an hour and ten minutes, Musharraf and Erdoğan exchanged views on the current situation in Pakistan.

Musharraf has been summoned to return to Pakistan for court a number of times and Pakistan's Interior Affairs Ministry has even appealed to Interpol for assistance in bringing the former president back. "I will be entering the next elections," stated Musharraf, who appealed to Prime Minister Erdoğan to relay the message during his upcoming trip to Pakistan. Masharraf also shared his concerns regarding receiving a fair trial in Pakistan.

BROUGHT ON BY A COUP

Musharraf is facing charges of negligence in the 2007 assassination of former Prime Minister Benazir Butto. In 2008, Musharraf withdrew from his position as president forced down by the opposition.
In 1999, Musharraf took over the Pakistani administration through a coup. During his time in power, he always paid importance to maintaining solid relations with Turkey. After his resignation, Turkey's Ministry of Foreign Affairs released an announcement thanking Musharraf for the amicable relations upheld during his time in power and for the democratic steps he took in Pakistan. Musharraf studied in Turkey and is fluent in Turkish.