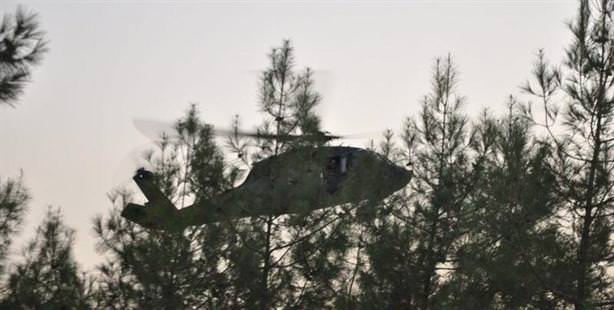 Seventeen Turkish soldiers were killed on Saturday when their helicopter crashed in southeastern Turkey due to bad weather conditions, Siirt governor said.

The victims were members of the country's gendarmerie Special Forces and Governor Aydın said there were also a number of wounded.

The Turkish Armed Forces have been carrying out operations on the mountain in recent months to flush out PKK terrorists who have hideouts there.

Since summer there has been an upsurge in PKK attacks in southeast Turkey, notably in the Hakkari region.

Turkish jets and helicopters have pounded PKK positions along the border with Iraq and Iran for three days, killing 42 militants, Hakkari's governor said late on Friday.

According to the information obtained, the accident took place at 07:25 Saturday morning. Thirteen Special Forces soldiers were killed and four helicopter personnel. Due to the intense fog in the region, the Sikorsky helicopter hit rock on the top of a mountain, which led to the crash.