Stop the hunger strike and engage in active politics 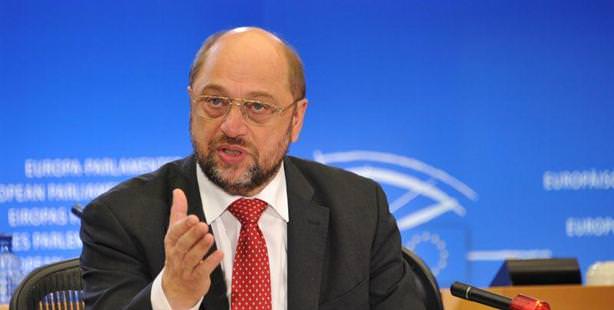 The president of the European Parliament Schulz has called on the hunger strike protesters to “put an end to this life-threatening act”, while Justice Minister Ergin requests the hunger strike come to an immediate end and for those to be sensitive to provocation.

European Parliament President Martin Schulz has called on those participating in the hunger strike to put an end to the life-threatening action in a written announcement relaying his concern to Minister of Justice Sadullah Ergin.

Expressing that he has no doubt Turkish authorities were doing their utmost to provide medical assistance, Schulz went on to state, "I call on hunger strikers to put an end to an action which is putting their life in peril and to revert to political dialogue as a way to advance their requests." Schulz went on to state that he hopes a solution to the protesters' concerns will be reached and that he welcomed the proposed legislation to allow the use of mother tongue during court proceedings.

Minister of Justice Sadullah Ergin has also called on participants to put an end to the ongoing hunger strike. Presenting at the Parliament's Planning and Budget Commission on the Ministry of Justice budget, Ergin stated the following in regards to the hunger strike: "We are approaching the issue from a humanistic point of view. From the very start of the event, both myself and the ministry as a whole have been working on trying to put an end to the strike. I want to reiterate my call for these strikes to be brought to an immediate end. In addition, during this time everyone needs to be more sensitive to provocations."

Ergin also said, "For a journalist to be incarcerated for a journalistic activity is a negative outcome for us. It is one that is unacceptable." The Ministry of Justice budget was accepted by the commission.
Meanwhile, the evening before yesterday, the legislation proposed to the Assembly to allow court defenses to be presented in mother tongue was forwarded to the Justice Commission.