Derviş: The two main issues are redefining secularism and the Kurdish issue 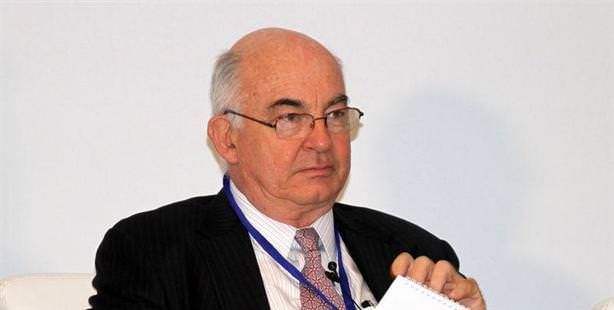 Former State Minister Derviş states that when it comes to demilitarization Turkey is no different than the United States and says, “Those who want to develop a Kurdish identity should not resort to violence.”

Former State Minister and Vice President and Director of the Global Economy and Development program at the Brookings Institution Kemal Derviş spoke at a panel held by the American Friends of Turkey foundation in honor of the November 10th anniversary of Atatürk's death.

Speaking at a panel held at the Turkish Embassy in Washington, Derviş said that although military coups did transpire that used Kemalism as a reference for legitimization, "the Turkish army has never tried to form an entirely militarist dictatorship."

During his talk, Derviş stated the following:

"The military's power over politics has finally been overcome and for the first time since the founding of the Republic, civilian power is no the leading force in the nation. As for demilitarization, Turkey today is no different than the United States and England.

The fact that a party who has strong religious references has been in power for ten years and is making plans for the 100th anniversary of the Republic shows just how far democracy has come in Turkey.

On the path to advanced democracy, there are two main issues that need to be solved in Turkey; one is redefining secularism and the other is the Kurdish issue.

Individuals of course may or may not be as religoius as they like. However, states need to not be religious.

Those defending the Kurdish identity and wanting it to be further developed should not resort to violence nor seek their targets within Turkey's democracy. Turkey needs to become a country where Kurds can embrace their identities and cultures as Turkish citizens and live how they want to.

The AK Party government has exerted sincere efforts to this effect and has shown that they could do more. However the Kurdish side also needs to approach the issue positively and maturely.

When I hired a young Turkish girl at the UN Development Program, I noticed that the first personal item she put in her office was a portrait of Atatürk I asked myself if in the middle of the 21st century there would ever be another young researcher from any other country that would hang the photo of a leader who died in the first half of the 20th century. This is symbolic of how the memory of Atatürk and his struggle to found the Turkish Republic has become a part of the identity of so many Turkish citizens."