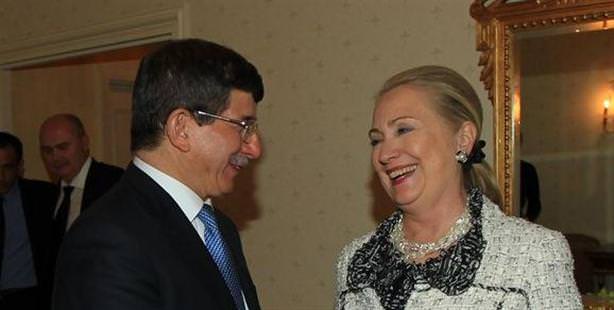 As the violence intensifies in Gaza, the United States is calling on Turkey and Egypt to influence Hamas to stop in order for a consensus to be reached between Israel and Palestine.

U.S. Secretary of State Hillary Clinton first requested Egypt and then asked Turkey to convince Hamas to de-escalate the tension.

Receiving the message while he was attending a meeting of the Organization of the Islamic Cooperation (OIC) in Djibouti, Foreign Minister Ahmet Davutoğlu responded to Clinton by telling the U.S., "Stop Israel. Israel is using disproportionate force and is targeting civilians."

Davutoğlu condemned the Israeli attack on Gaza at a time when elections in Israel are approaching and Clinton inferred that the escalating tension by Hamas would benefit Syria State Leader Bashar al-Assad the most in the region.

While Ankara has mobilized in order to use their influence over Hamas, diplomatic sources point out the importance of upholding contact with both sides.