Rasmussen: We are in contact with Turkey regarding the Patriots 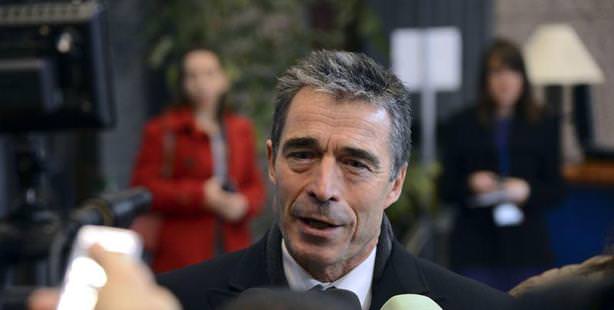 NATO Secretary General Rasmussen recently stated that they have not yet received a request from Turkey to deploy Patriot missiles however they are continuing to discuss the possibility.

NATO Secretary-General Anders Fogh Rasmussen has announced that they have not yet received an official request from Turkey for the stationing of Patriot missiles along the border with Syria, however he did point out that they are in contact with the Turkish government.

Speaking at the entrance of an EU Defense and Foreign Ministers meeting, Rasmussen stated, "We have not received an official request from Turkey however I am in contact with the Turkish government. The situation along the Turkish-Syrian border is of great concern. All of our plans are prepared in order to protect and defend Turkey. When necessary, these plans can be implemented in order to provide effective protection and defense. If Turkey requests the security of effective protection and defense then this plan would be evaluated immediately."

NATO Secretary General Anders Fogh Rasmussen said that Turkey could count on "allied solidarity" but said that the missiles would be purely for defense and not for creating a no-fly zone in Syria.

GERMANY: WE ARE WAITING

German Defense Minister Thomas de Maiziere said Germany expected Turkey to make the request to NATO for Patriot deployment at the beginning of the week. As one of the two nations that have the Patriot missile system in Europe, the German defense minister stated that they would study such a request "with solidarity".

Responding to questions from the press following a meeting of EU defense ministers, Thomas de Maiziere stated, "If we receive a request as such from one of our partners, of course we will respond with transparency and solidarity." German Defense Minister Maiziere also noted, "But if we have a deployment of Patriots on the Turkish border then this will happen with German soldiers."

"NOT QUITE YET ON THE AGENDA"

While Turkey is anticipated to submit an official request to NATO today for the positioning of Patriot missiles along the border with Syria, Dutch Defense Minister Jeanine Hennis-Plasschaert has stated, "We have not received a formal request yet from Turkey, therefore we are not currently dealing with the matter." Another announcement released by the very same ministry states, "An application has not yet been made by Turkey; however Germany and Holland are not the sole nations to own these types of rockets."

GERMANY IN AN UPROAR OVER PATRIOTS

The speculation that Turkey may station Patriots along the Syrian border has become the top item on Germany's political agenda. The main opposition party SPD has requested authorization to deploy 170 soldiers along with Germany's Patriots. Speaking to Bild newspaper, SPD Federal Assembly Group Chairman Frank Walter Steinmeier, underlined the fact that Turkey has every right to make such a request, however he also offered up a number of suggestions to the government. Pointing out the dangerous atmosphere in the Middle East, Steinmeier stated, "We need to think deeply when making these types of decisions. The government's decision should not be withheld from the public and Turkey's requests should be openly debated. The Assembly should be the ones to make decisions on soldiers and missiles."

SPD Assembly Group Secretary Thomas Oppermann states that an Assembly ruling on the Patriots is mandatory, while the Green Party has announced that they will exhaust all means possible in order to obstruct the deployment of missiles to Turkey.