Number of Syrian refugees in Turkey continues to rise 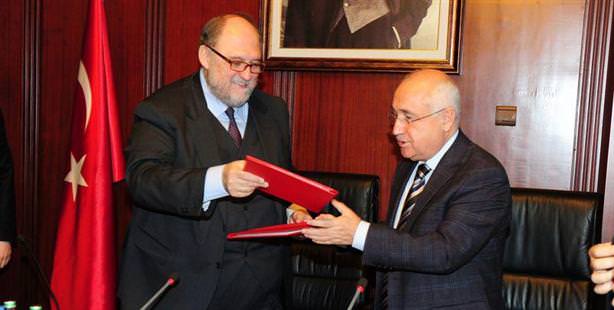 Speaker of Parliament Cemil Çiçek recently announced that the number of refugees in Turkey as a result of the Syria crisis has reached 170,00 and the money spent in order to accommodate Syrian refugees is now over 400 million dollars.

While hosting the Parliamentary Assembly of the Organization for Security and Co-operation in Europe (OSCEPA) at Turkey's Grand National Assembly, Parliament Speaker Çiçek addressed the over 170,000 Syrians that have escaped the chaos in their own countries to seek shelter in Turkey while also acknowledging the significant losses in life are suffered each day.

"Turkey has spent over 400 million dollars up until now. Those who would stand up to help two whales stuck between poles, don't even raise a hair in this situation with thousands of lives being lost.

We expressed that we could receive aid in order to help these people live their lives. We haven't received much of anything that counts yet. The situation is the same with Gaza. The world needs to recognize who is losing their lives and who is under risk.

If support is going to be given, or any sort of contribution made it has to be done in time. These people have a need to live and not for money for a coffin. While this much oppression, violence and murder transpires, the international community and its establishments continue to watch from the stands as if it were a game," stated Çiçek.