Turkish secularist opposition CHP: Government should shut down NATO base 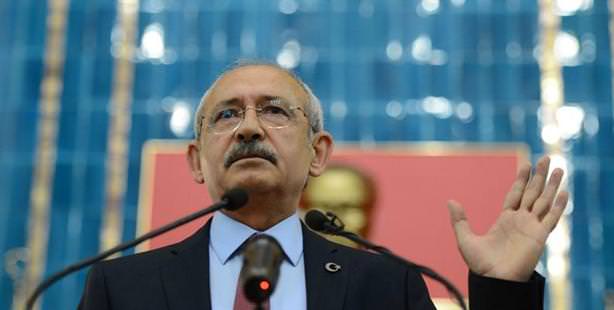 Republican People’s Party (CHP) Chairman Kemal Kılıçdaroğlu said Prime Minister Tayyip Erdoğan should shut down the Kürecik NATO base if he is so against Israel.

Main opposition party CHP leader Kemal Kılıçdaroğlu was addressing his Assembly group when he lashed out at Erdoğan stating that he should close down the NATO radar base if he is sincere in his harsh statements against Israel.

Kılıçdaroğlu went on to state the following:

"Why does it bother you that we secured the release of a Turkish journalist from the dungeons of Syria? I just have one word to say to those who are uncomfortable with this, pathetic.

Israel needs to not forget the persecution they faced themselves. They want the Gazans to suffer the same cruelty.

In foreign policy, Recep Tayyip Erdoğan teaches everyone a lesson, however when it comes to the Gaza situation he is in a stalemate.

If you are truly against Israel, if you are sincere, then you will suspend the activities of Kürecik radar base in Malatya," stated Kılıçdaroğlu.