'Patriots to be used solely for defense purposes' 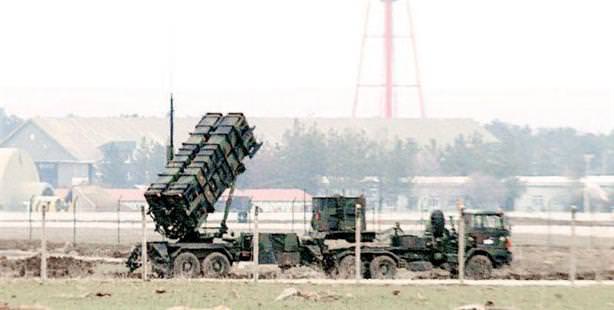 The Patriot missiles requested from NATO by Turkey are expected to be stationed in rural regions in Maraş and Urfa to defend against border violations by Syria.

Prime Minister Tayyip Erdoğan has stated that the final location for the Patriot missiles will be determined by the Turkish Armed Forces and that a motion will not be necessary for the soldiers that will be deployed.

Commenting on Turkey's recent request for patriots from Islamabad, where he had arrived to attend the D-8 Summit, Prime Minister Erdoğan stated, "As for numbers it would be wrong to express any specific amount. However, the step that has been taken is as follows: According to the 4th article of the NATO agreement, our land is also NATO territory. According to the deliberations with NATO, this step has been taken solely for defensive purposes.

They will be positioned wherever our Turkish Armed Forces deems appropriate. These measures are entirely defense-based and intended to be preventative in the case of a potential attack. Also in regards to how many soldiers or security members NATO will deploy, it is impossible for us to know at the moment nor does it matter. There will be no need for authorization to be granted by Turkey's Grand National Assembly because this is a NATO deployment," stated Erdoğan.

According to the information obtained, Turkey's priority is for the Patriots to protect the entire 910-kilometer border.

Germany has proposed providing Turkey Patriots and will deploy them in regions of Maraş and Urfa, to be determined by military specialists, as soon as approval is received by the German Federal Convention. At this stage, the option of alternate Dutch or U.S. Patriots being deployed is not on the table.

Turkey's appeal to NATO for the positioning of the Patriot missile system along Turkey's border with Syria is being debated worldwide.

Russia's Deputy Foreign Minister Sergei Ryabkov has opposed Turkey's request for NATO missiles to be stationed along the border with Syria, stating that Russia believes, "that the move could further escalate the conflict in the region. Moscow feels Turkey should focus on a political rather than military solution.

Expressing approval for the Patriot request, French Foreign Minister Laurent Fabius stated, "There is no reason to object, it is purely defensive."

BBC writes, "A decision by NATO to deploy Patriot missile batteries to Turkey would be a powerful signal of alliance solidarity and a clear warning to the Syrian government to make sure the fighting does not spill over onto Turkish soil.

A report in the Wall Street Journal stated that NATO officials and diplomats said ambassadors would discuss the Turkish request in Brussels with further meetings to follow, however "because of expected debates in the German and Dutch parliaments, the anticipated final formal approval might be delayed until early-December when NATO foreign ministers meet in Brussels."

German Chancellor Angela Merkel will be bringing the issue up to the Federal Convention. Germany is deliberating supplying two batteries for Patriot air-defense systems and 170 soldiers to service them. The Dutch administration is also notably looking into possible ways of contributing to Turkey's NATO request.