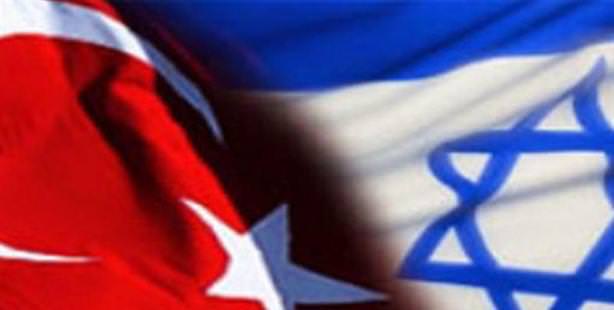 Deliberations in an effort to rebuild the broken ties in Turkish-Israeli relations following the Mavi Marmara raid are being revisited on a diplomatic level.

While Israel continues to resist fulfilling Turkey's demands for "an apology, compensation and the lifting of the Gaza blockade" as conditions for repairing ties that disintegrated following an Israel military raid of the Mavi Marmara aid flotilla, which resulted in the deaths of nine Turks, they have requested to sit down at the negotiations table with Turkey.

Hakan Fidan, Undersecretary of Turkey's National Intelligence Organization (MİT) which brokered a deal between Israel and Gaza through negotiations with Israeli intelligence agency Mossad laid the groundwork for Foreign Affairs Undersecretary Feridun Sinirlioğlu to meet with Israeli government officials for the first time since ties have been strained.

Refraining from providing details regarding the time and place where deliberations transpired between Turkish and Israeli officials as well as withholding the names of those who sat down at the negotiating table, diplomatic sources state, "Our conditions of an apology, compensation and the lifting of the embargo are clear. Turkey will be ready to meet with Israel at any point in time that they are ready to fulfill these stipulations. These conditions however are not up for debate."

According to the information obtained, Foreign Affairs Undersecretary Sinirlioğlu has met with Israeli officials both before the Gaza assault as well as after the ceasefire agreement with Hamas. Whether or not negotiations with Israel will continue is stated to be contingent upon the Israeli response to Turkey's requirements for ties to be repaired.

Meanwhile, Prime Minister Erdoğan had signaled the possibility of Turkish communication with Israel in announcements made earlier in the week.

During Erdoğan's visit to Cairo, a committee led by MİT Undersecretary Hakan Fidan and AK Party Vice-Chairman Ömer Çelik met with Mossad Director Tamir Pardo and other Israeli officials in an attempt to broker the ceasefire agreement. Turkey's contribution was accepted as part of the agreement reached in Egypt. Furthermore, observers from Turkey and Qatar will also be an integral part of the lifting of the Gaza blockade.

The heavy indictment on the high-level Israeli military members being charged with orchestrating the raid on the Mavi Marmara has been translated in English in order to be delivered to the defendants.

This is a translation of an article originally written by Duygu Güvenç and Veli Sarıboğa.