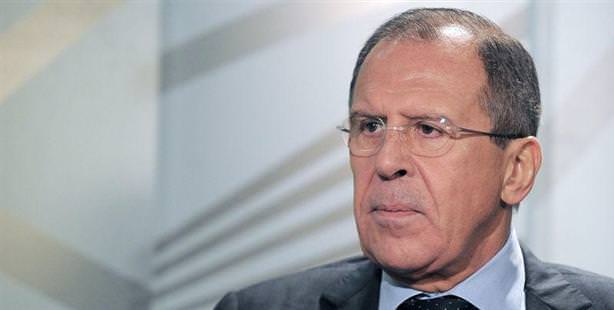 Russian Foreign Affairs Minister Sergey Lavrov took a tumble down the staircase of the hotel he was staying in while accompanying Putin on his trip to Turkey to attend the Third High-Level Cooperation Council.

Suffering acute pain in his arm after the fall, Lavrov was immediately taken to the Taksim Education and Research Hospital (Taksim Eğitim ve Araştırma Hastanesi) where he was diagnosed with a broken arm.
Sergey Lavrov supposedly suffered the slight accident yesterday after attending the council meeting at Dolmabahçe Palace during the day. Lavrov is stated to have suffered a fall from the stairs in his hotel and was succinctly admitted to the hospital. Lavrov was admitted to the orthopedics department at Taksim Hospital approximately 18:00 yesterday, where he had two x-rays taken of his arm. Doctor's detected a break in the bone and put Lavrov's left arm in a cast.

Supposedly, Lavrov was unable to wear his jacket due to the cast, therefore members of his security detail took the jacket to a tailor to have a custom-made zipper sewn in. Lavrov checked out of the hospital at around 18:40 after supposedly paying a bill totaling 113 liras. An embassy staff member remained at the hospital to tie up any remaining business.

NATO Secretary-General Anders Fogh Rasmussen also took a tumble from his hotel stairs in Istanbul during his April 6th, 2009 trip to Turkey to attend an Alliance of Civilizations meeting and ended up injuring his shoulder.