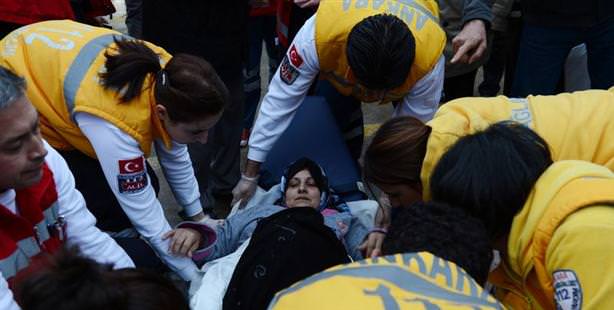 Gazans wounded by Israeli strikes have been flown in by a Ministry of Health ambulance plane to Ankara to receive treatment.

The wounded Palestinians were brought to Esenboğa Airport where they were greeted by Deputy Health Minister Agah Kafkas. The Palestinian will be receiving medical treatment at the Ankara Atatürk Education and Research Hospital.

Amongst the wounded that have been flown in is Palestinian national Mona al Şevva, the wife of Başil el Şevva who was photographed alongside Foreign Minister Ahmet Davutoğlu who had been brought to tears by the man's loss of his daughter during his trip to Gaza. Şevva thanked everyone for their concern and later the patients were admitted to the Ankara Atatürk Hospital.