'We will solve the terrorism issue' 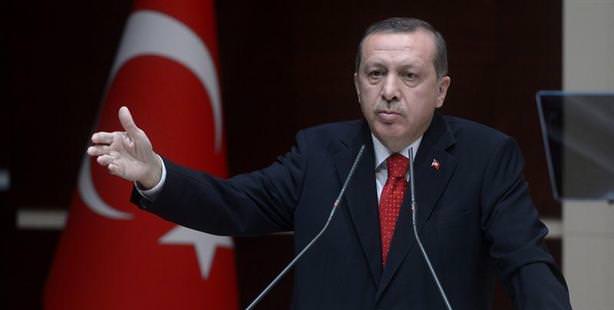 "We cannot accept terrorism,” stated Erdoğan, directing his comments at the BDP during an AKP group meeting held yesterday. “You reap what you sow...”

Prime Minister Tayyip Erdoğan addressed members of the Justice and Development Party (AK Party) at an extended provincial deputies meeting held on Wednesday. The prime minister lashed out at those who victimize the BDP (Peace and Democracy Party), the Kurdish nationalist opposition party, and said "You reap what you sow" in reference to the recent immunity debate. Erdoğan also vowed to put an end to terrorism, by stating, "I speak sincerely and from the heart when I say we will solve this terrorism issue."

"I have expressed numerous times that the opposition in Turkey is lacking. Because CHP (the main opposition party) has occupied the leftist opposition, the extreme leftists in the nation have become that much more marginalized. Leftists, who are unable to engage in oppositionist politics through CHP, are now trying to exert their presence over the supposedly leftist appearing BDP. The marginal left, acted as a sympathizer to terrorism, their cause and its armed outlaws. The inhumane acts of terrorism that transpire in this country have never been condemned in the way it should be. Violence was never ostracized. The BDP took on the role of the aggrieved and certain media outlets have done all they can to perpetuate this sentiment.

You pretend not to see a BDP which refuses to accept politics as a means for a solution or their refusal to distance themselves from the terrorist organization.

They do not mention the terrorist organization's connection to drugs and crimes, however when it comes to the government they are able to draw in followers of freedom and democracy.

No one questioned why BDP refused to support the constitutionalamendment against shutting down parties, a referendum which would have benefitted BDP the most.

If they had acted with the AK Party on that September 12th vote, then the era of shutting down parties in Turkey would be over. You are now reaping what it is you sowed.

Politicians can express even the most extreme ideas on the rostrum based on their parliamentary immunity. However, in doing so, they cannot praise violence or those committing it. They cannot legitimize those wielding weapons. Politics is excluding violence. In fact, in a democratic nation, to praise violence, those committing it and to promote it is a primitive and illegal stance. Politics should only be conducted using legitimate means.

It is time my Kurdish brothers say, 'enough already'. See our sincerity. See the struggle we have made over the past ten years against terrorism, while at the same time against politics of assimilation, denial and rejection.

I am absolutely not speaking the language of racism. I am calling on you now in sincerity and from my heart to say, we will solve this terrorism issue."


This is a translation of an article originally written by Yahya Bostan.