At least six Patriots to come from three NATO nations 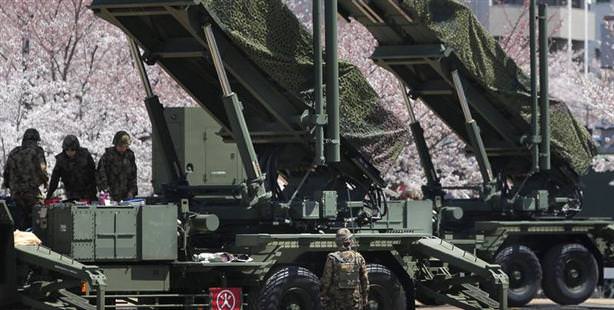 Four Patriots have been confirmed for Turkish deployment by Holland and Germany, while two more are expected from the States. Three of the missile batteries will be stationed in Adana, Malatya and Diyarbakır.

SABAH has acquired the latest details on the Patriot missile batteries to be stationed along Turkey's border with Syria. The Patriot air and missile defense systems will not be provided by a single country and will instead be brought in from three NATO nations, namely the United States, Germany and Holland.
Germany will be deploying two Patriot missile batteries along the border, while the Netherlands Council of Ministers approved the stationing of two Dutch Patriots in Turkey in a vote held yesterday. With those to come from the U.S., a total of at least six Patriot missile batteries will soon be stationed in border provinces. Three of the batteries will be placed in Adana, Malatya and Diyarbakır, while the remainder will be stationed in locations the Turkish Armed Forces deems is under risk. Areas under consideration are Gaziantep, Şanlıurfa and Kilis.

Based on the number of Patriots planned to be stationed in Turkey, approximately 1,000 NATO troops will also be deployed. Germany has approved sending 400 German soldiers to assist in NATO operations along the border. If necessary, German soldiers will also be able to serve in Avacs aircraft. Holland, on the other hand, has decided to send at least 360 soldiers to Turkey. With the inclusion of American troops, 1,000 foreign soldiers are anticipated to be stationed in Turkey along with the Patriot missiles.

According to widespread speculation, the Patriot systems are being stationed in the region in order to act as a deterrent against the potential Syria decides to activate its chemical warfare. The General Staff has drafted a risk map in the case that Syria does resort to activating chemical weapons. Accordingly, the greatest threat posed to Turkey would be from a chemical weapons warehouse located nearby Aleppo.

According to intelligence sources, on December 4th, Bashar Assad transferred chemical weapons from Damascus to the aforementioned warehouse in Aleppo. With a lack of a sufficient deterrent system, Turkey has insisted on positioning the Patriot batteries. One of Ankara's main concerns is not with the Syrian army; it is with the danger posed by uncontrolled groups.

Sources state that Assad's logistics on land have weakened, meaning they have lost governance on the ground. As a result all logistics are being conducted by helicopter. Sources state the main concern as being these weapons making their way into the hands of uncontrolled forces.