“We are pursuing a powerful and benevolent Turkey” 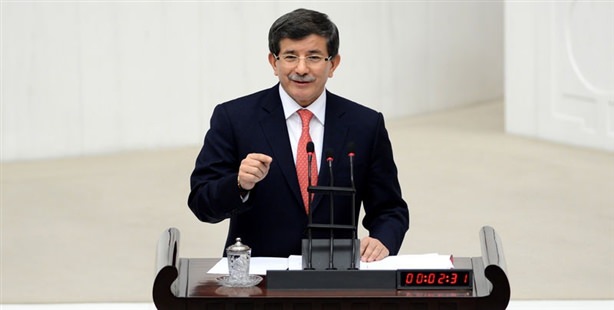 Responding to criticism of the Foreign Ministry during a parliamentary General Assembly for 2013 budget planning, Foreign Minister Ahmet Davutoğlu stated, "We are trying to sustain a powerful and benevolent Turkey.”

Taking to the rostrum to respond to criticism surrounding the Foreign Affairs Ministry budget, Foreign Minister Ahmet Davutoğlu, began by issuing his own criticism of the stance adopted by the opposition. Stating that they try to look with a global conscience vision, Davutoğlu said, "We have become the mirror of global conscience. Whoever is frustrated can go ahead and be frustrated; we are going to continue to stand by Palestine. We are trying to sustain a powerful and benevolent Turkey. By 2023, you will see just how big a nation our country can be. Nobody will be able to break up Turkey."

Pointing out that Turkey is not against Syrian Kurds, but is against the PKK's PYD wing, Davutoğlu stated, "Whomever they may be, those who cooperate with Assad will be against us."

Davutoğlu also touched upon Turkey's policy when it comes to Palestine, "We would not distinguish between our own martyrs' blood and that of the oppressed Gazans. Their blood is one and unique."

As for the Patriots, Davutoğlu also remarked that the missile batteries will only remain in Turkey for as long as the threat remains after which, the Foreign minister said they would be returned.