The state of Iran should silence their general 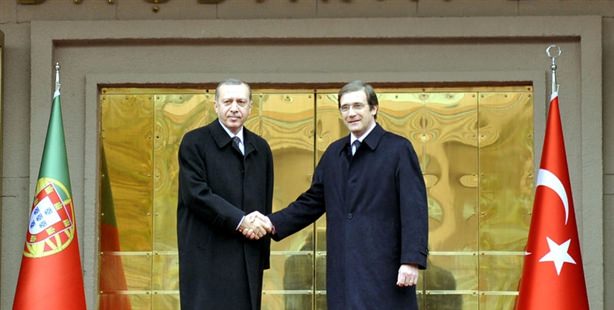 Prime Minister Erdoğan responds to criticism from Iran regarding the stationing of NATO Patriot’s along Turkey’s border with Syria.

(In response to Ahmadinejad's decision not to attend the Şeb-i Arus ceremony held in Konya.) "It was our place to extend an invitation, which we did. As for his decision not to accept the invitation we have been told a variety of reasons; however nothing was stated in connection to the Patriots.

(In response to the Iranian Chief of General Staff Hassan Firouzabadi's remarks regarding the stationing of Patriot's in Turkey in which he stated that it would lead to world war.) "This chief of the general staff does come out from time to time and make certain announcements. When we question related parties they say, 'It is his own opinion.' If this is his own opinion, then it would not be right for me as the Prime Minister to respond. Iranians are the ones that need to provide the needed response. The state morals we have acquired necessitates this. As for this 'bringing on the third world war', well this isn't something to be decided by just one or two people there. We will take whatever measures necessary to defend our country based on our authority as granted by international establishments. This is what we have done."

Instead of criticizing the Patriot's, Iran should be telling the Assad administration to stop…

Foreign Affairs Minister Ahmet Davutoğlu has requested from Iran which reacted harshly to Turkey's stationing of Patriot missiles along the border with Syria to exert efforts on telling the Syrian regime to stop rather than criticizing the deployment of Patriots.

Davutoğlu said, "Our expectations from Iran are for the nation to use its effective power to deliver a message to Syria." Davutoğlu was responding to questions at a press conference held following a meeting with Kosovan Foreign Minister Enver Hoxhaj. When reminded of the response from Iranian officials regarding the Patriots, Davutoğlu reiterated the fact that the air and missile defense system is being deployed solely for defensive purposes and said, "It is now the time for Iran to deliver clear messages to the Syrian regime."