'The PKK is the Ergenekon's Kurdish wing’ 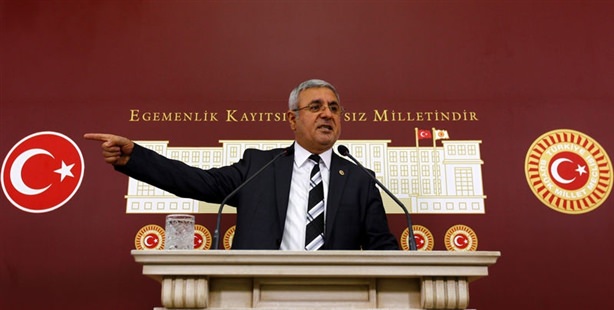 AK Party member Mehmet Metiner recently referred to BDP as a bad example of Turkish Ba’athists and stated, “Sin, grime and blood flows from you. The PKK is the Ergenekon’s Kurdish channel.”

AK Party Adıyaman Deputy Mehmet Metiner held a press meeting in parliament to discuss the contention between himself and BDP Muş Deputy Sırrı Sakık at the parliamentary General Assembly.

Remarking that Sakık had said to him "You are a man who deserves violence," Metiner stated, "If only you were a real man. You only know how to speak with violent language, lean on the PKK's weapons and instill fear in others. Do not hide behind the PKK's weapons stated Metiner.

Addressing the Kurdish opposition party the BDP, Metiner stated, "For what purpose are you taking the Kurdish youth up into the mountains? You will be held accountable for this.

Even though there is no longer any reason for you to remain in the mountains, you still continue to defend the organization that works for nations such as Syria against Turkey. For you to come out and say you are against the state's violence will only make you lacking in principles. If you are sincere, then you must also speak out against the PKK's policy of violence."

Metiner also asked the BDP, "Why is it you don't stand up against the PKK's torture chambers, which are thousands more in numbers compared to the Diyarbakır prison?

Pointing out that neither the BDP nor the PKK are representative of the Kurdish community, Metiner states, "I have been one to drink the water of the Kurdish public, however I have never been one to drink their blood. They say to me, 'you are our sin'. As if they were pure themselves. If someone didn't know they would think they had no sins of their own. Let them love you; sin, grime and blood flows from you."
Referring to the BDP as a bad copy of "Turkish Ba'athists, Metiner stated that the PKK acts as the Kurdish wing of Ergenekon.

Noting that the issue was not between Turks and Kurds but was actually between Kurds themselves, Metiner said, "The PKK is the Kurds' biggest headache and BDP its disgrace."