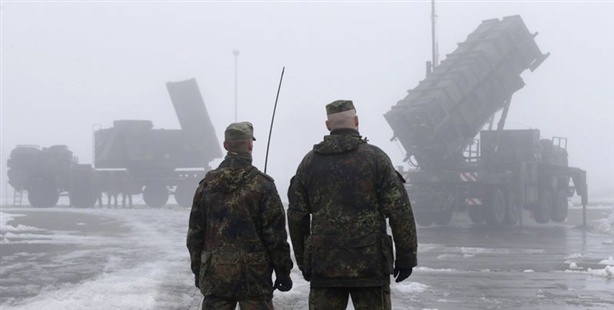 After Germany and the United States authorized the deployment of Patriots to protect their NATO ally, the Netherlands has also jumped onboard to become the third nation to station the air and missile defense systems along the Turkish border with Syria.

The deployment of Patriot systems to Turkey's border with Syria has been approved by the Holland's House of Representatives, which constitutes the lower wing of the Dutch parliament. During the session, the leading People's Party for Freedom and Democracy (VVD) and Labour Party (PvdA) were joined by oppositionists the Democrats 66 (D66), Christian Democratic Appeal (CDA), Christian Union (CU), Green Left (GL) and the Reformed Political Party (SGP) in the vote to provide Patriots to Turkey. That means all parties represented in parliament except for the ultra right party led by Geert Wilders and the Socialists voted in favour of dispatching of missiles.

Dutch Foreign Minister Frans Timmermans thanked the parliamentarians for supporting their government's decision and said the Patriots would be used exclusively to defend the Turkish public and their border.

Holland will be providing two Patriot missile systems and as many as 360 personnel will accompany the surface-to-air batteries which can intercept ballistic missiles. It has not yet been decided where near Syria's border they will be situated. The missile systems will depart by ship on January 8th and are planned to be fully operating by mid-January. The Dutch military mission will remain in Turkey for one year at an estimated cost of 42 million euros.

The United States, Germany and the Netherlands, the only three NATO nations with the most modern type of Patriots, have all agreed to send missiles to protect their ally. The stationing of Dutch, German and American Patriot batteries in Turkey has angered neighboring Iran, whose military chief told an Iranian news agency at the weekend that it risks escalating the Syrian conflict into a world war.

The source said there had been multiple launches of the missiles inside Syria on Thursday morning, more than a week after the alliance first detected Scuds being fired during Syria's 21-month-old civil war.
Rasmussen said NATO strongly regretted the missile launches. "I consider them acts of a desperate regime approaching collapse," he told reporters at NATO headquarters.

The NATO chief went on to remark that the launching of scud missiles by Syria justifies NATO's decision to deploy Patriot anti-missile systems by stating, "The fact that such missiles are used in Syria emphasizes the need for effective defense protection of our ally Turkey."