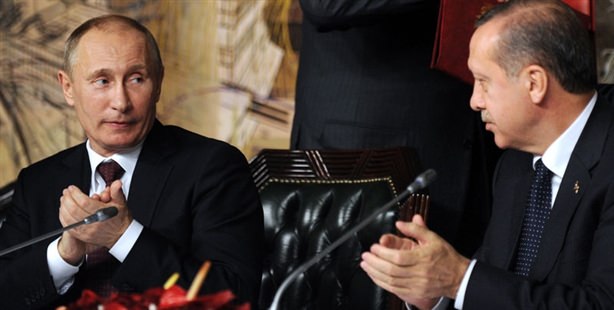 Turkey’s proposed transition formula for Syria, which was presented to Putin by Ankara to Russian support, involves Assad handing over his position as president to a new qualified official within the next three months.

The details surrounding the formula for Syria presented to Russian President c during his recent trip to Istanbul have begun to surface. The details of the strategy considered to possibly be Assad's last chance are as follows:

THE TIMELINE IS READY: The formula, coined as "creative" by President Putin, foresees putting an end to violent clashes and embarking on a transition period in Syria. In order for this to occur, weapons on both sides need to be silenced. Assad's safety is considered to be a prerequisite for the transition formula, which has been planned out in fine detail including a schedule of items from the very first day all the way up to the end of six months.

BALANCE OBSERVED: While Assad wants to remain in office up until the nation goes to an election, the opposition demands Assad resign as soon as the transitional period begins. Assad's intentions to direct the transition process poses as one of the greatest obstacles to any sort of positive development in Syria. According to the formula, Assad will not resign immediately. However, he will be obliged to hand over authority and his seat in power to another within three months of the start of the transition process. This way the opposition's demands are also being fulfilled.

ASSAD MAY NOT ACCEPT NEW PLAN: Assad may not be willing to accept this transition plan. However, since the plan has garnered Russian support, if Assad decides to reject the proposal, speculation is that he may then completely lose all of his supporters in the international arena.