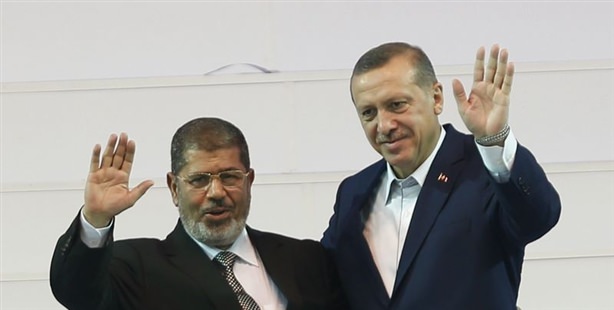 According to the information obtained, Prime Minister Erdoğan called Morsi Sunday evening to offer his best wishes the referendum results will be beneficial for the Egyptian public.

Egyptian President Morsi thanked Erdoğan and supposedly said that the charter referendum was an important step for Egypt's stability.

Egypt's new constitution, which was drafted by an Islamist-dominated assembly, was approved by 64 percent of voters in a two-round referendum, an official in the Muslim Brotherhood said on Sunday citing the group's unofficial tally.